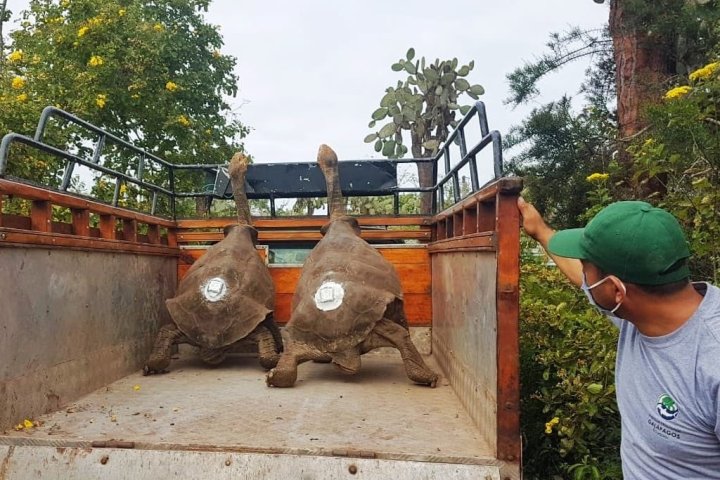 Diego is hanging up his shell, so to speak.

The giant Galápagos tortoise, thought to have fathered 40 per cent of his entire species, turned 100 just in time to retire from breeding in Ecuador.

He’s been siring baby tortoises since the 1960s and has finally headed home to the uninhabited Galápagos island of Española, along with 15 other tortoises.

After his retirement was first announced in January, Diego has finally touched down in his new home for good.

“We are closing an important chapter,” Ecuador’s Environment Minister Paulo Proaño Andrade tweeted on Monday, adding that Diego and his shelled friends “are going back home after decades of reproducing in captivity and saving their species from extinction.”

The animals were welcomed “with open arms,” he added.

The group of tortoises underwent a quarantine period to avoid the accidental transport of seeds from other plants not native to the island, The Guardian reports.

Diego is believed to have sired more than 2,000 giant tortoises over his 30-year career in reproduction.

About 50 years ago, Española was home to only two males and 12 females, per the BBC.

Gibbs credits Diego’s success to his “big personality.” He says the tortoise is “quite aggressive, active and vocal in his mating habits, and so I think he has gotten most of the attention.”

APC and the price of impunity