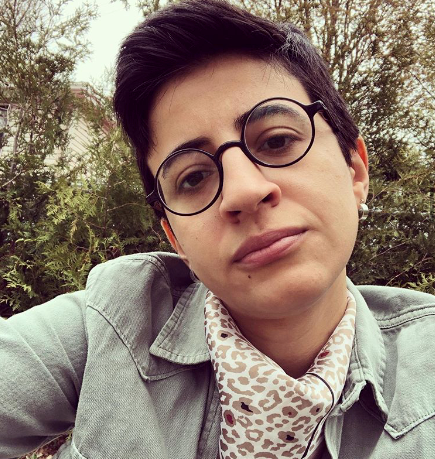 The death of a high-profile Egyptian LGBT+ activist who sought asylum in Canada after being jailed for waving the rainbow flag was mourned on Monday by followers highlighting the nation’s ongoing discrimination against the gay community.

Sarah Hegazi, 30, was found dead in her apartment in Toronto where she had been living in exile for about 18 months and struggling with depression, her lawyer Ali el-Halawany confirmed.

Hegazi rose to prominence in October 2017 when she was arrested after raising the LGBT+ rainbow flag at a concert by popular Lebanese alternative rock band Mashrou’Leila band whose lead singer Hamed Sino is openly gay.

It was a rare public show of support for LGBT+ rights in the conservative Muslim country.

Hegazi was the only woman arrested in a three-week anti-gay crackdown by authorities, and she was charged and detained with “promoting sexual deviancy and debauchery,” a charge she denied.

After she was released on bail in January 2018 she sought asylum in Canada.

“Sarah paid the price for choosing her sexual preferences and defending the rights of the sexually abused,” el-Halawani said in a Facebook post.

LGBT+ rights activists paid tribute to Hegazi, circulating a handwritten message attributed to her and written before her death.

Although homosexuality is not a crime in Egypt, discrimination against the LGBT+ community is rife. Gay men are frequently arrested and typically charged with debauchery, immorality or blasphemy.

“This is heartbreaking and tragic. Rest in power,” tweeted Mona el-Tahawy, an Egyptian-U.S. writer and independent women’s rights advocate.