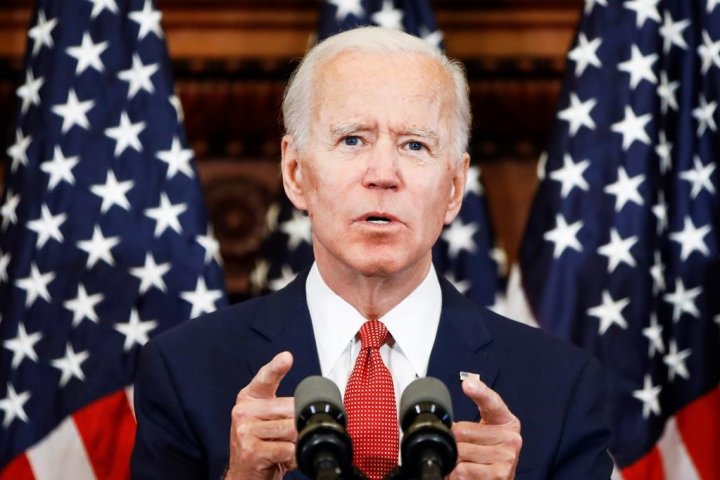 More than four dozen progressive groups have signed a letter to presumptive Democratic presidential nominee Joe Biden’s campaign criticizing his police reform proposals and warning that if he doesn’t adopt more progressive policies he risks losing black voters — and the election — this fall.

“You cannot win the election without the enthusiastic support of Black voters, and how you act in this moment of crisis will play a big role in determining how Black voters — and all voters concerned with racial justice — respond to your candidacy. A “return to normalcy” will not suffice, the letter reads.

It criticizes in particular Biden’s commitment to add $300 million in funding for community policing programs, arguing that such programs have contributed to police violence against black Americans.

The signers ask that Biden instead ensure “that the federal government permanently ends and ceases any further appropriation of funding to local law enforcement in any form, whether it be money for trainings, equipment, hiring, re-hiring, overtime,” and redirect the funds towards education, healthcare and other community services.

Biden has resisted calls to support defunding the police, which have intensified in recent weeks among progressives in the wake of the police killing of George Floyd, an unarmed black man.

The letter, which is signed by more than 50 groups, including the Bernie Sanders-linked Our Revolution, Black Voters Matter, and the League of United Latin American Citizens, among others, was dated June 11, nearly two weeks into the nationwide protests — and renewed conversation around criminal justice and policing reform — that erupted in the wake of Floyd’s killing. It also came the day after Biden wrote a USA Today op-ed proposing adding new funds for community policing.

You should also READ  Huawei CFO Meng Wanzhou lost a key fight in her extradition case. What happens next?

The letter also calls on Biden to support a raft of policies laid out in an agenda issued by The Movement for Black Lives, including reparations for black Americans, something Biden has not opposed outright but says he’d like to study before making a final decision.