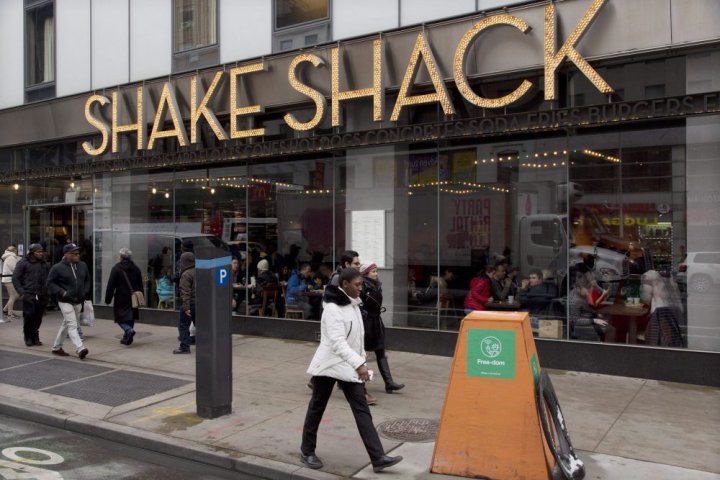 The New York Police Department (NYPD) says it has found “no criminality” after the city’s police union claimed three officers were poisoned by milkshakes from Shake Shack.

The officers bought milkshakes from a Shake Shack on Monday night and were later hospitalized after getting sick. They have since been released.

The officers’ union, the N.Y.C. Police Benevolent Association, claimed in a statement on Monday night that the officers had been “attacked” with bleach-tainted milkshakes they bought at the Shake Shack while on protest duty.

“A toxic substance, believed to be bleach, had been placed in their beverages,” the union’s president, Patrick J. Lynch, said in a statement. He said the officers discovered the substance and did not finish their drinks but had already ingested some of the tainted substance. The three officers were taken to hospital.

“When New York City police officers cannot even take (a) meal without coming under attack, it is clear that (the) environment in which we work has deteriorated to a critical level,” the union said. “We cannot afford to let our guard down for even a moment.”

The Detectives’ Endowment Association, another union for New York police, took the accusation even further in a tweet it flagged as an “URGENT SAFETY MESSAGE.”

“Tonight, three of our fellow officers were intentionally poisoned by one or more workers at the Shake Shack at 200 Broadway in Manhattan,” the union claimed on Twitter.

You should also READ  Most of the world doesn’t think social distancing will stop coronavirus, Ipsos poll says

NYPD Chief of Detectives Rodney Harrison announced on Monday morning that an investigation into the milkshake case was complete and that police found “no criminality by Shake Shack’s employees.” He did not indicate whether there was actually bleach in the milkshakes in question.

On Monday, Shake Shack said it was “horrified” by reports of officers being injured at one of its stores and that it was working with police on their investigation.

“Our team is working hard to get the full picture,” Shake Shack added in a tweet. “In the meantime, we’re relieved to hear the officers are all OK.”