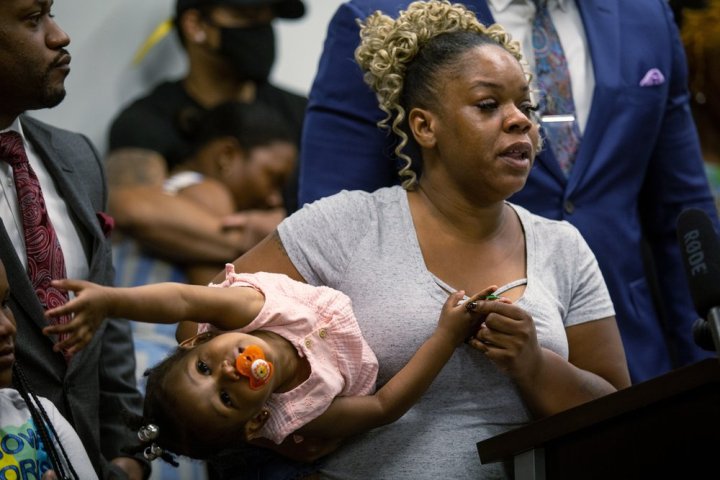 Atlanta’s mayor is vowing to change police use-of-force policies and require that officers receive continuous training in how to deescalate situations before the consequences become fatal.

Mayor Keisha Lance Bottoms announced her plans after the police killing of another Black man, Rayshard Brooks, outside a fast-food restaurant on Friday touched off more large protests in the city.

“I am often reminded of the words of Dr. Martin Luther King Jr. — ‘There is a fierce urgency of now in our communities,’” the mayor said.

“It is clear that we do not have another day, another minute, another hour to waste,” she said.

The mayor said she’ll also require officers to intervene if they see a colleague using excessive force, saying “they are duty-bound to intercede.”

“It’s very clear that our police officers are to be guardians and not warriors within our communities,” the mayor said.

Other cities nationwide are taking similar steps, and police reform proposals are emerging in Congress. Republicans plan a bill with restrictions on police chokeholds and other practices, while a Democratic proposal would limit legal protections for police, create a national database of excessive-force encounters and ban chokeholds. The White House plans to announce executive actions Tuesday.

Pleading through tears on Monday, Brooks’ relatives demanded changes in the criminal justice system and called on protesters to refrain from violence as tensions remain high across the U.S. three weeks after George Floyd’s death in Minneapolis.

An autopsy found that Brooks, 27, was shot twice in the back. Two white officers had responded to calls about a man who was asleep at the wheel in a Wendy’s drive-thru lane. Police video showed him cooperating until a breath test determined his blood-alcohol level was over the legal limit and one of the officers moved to handcuff him. The officers took him to the ground. Brooks broke free and took off with a stun gun; a white officer shot him as he tried to run away.

“When does it stop? We’re not only pleading for justice. We’re pleading for change,” said Chassidy Evans, Brooks’ niece.

Relatives described Brooks as a loving father of three daughters and a stepson who had a bright smile and a big heart and loved to dance. Evans said there was no reason for him “to be shot and killed like trash in the street for falling asleep in a drive-thru.”

Floyd’s death on May 25 after a white Minneapolis officer pressed his knee into the Black man’s neck touched off demonstrations and scattered violence across the U.S., and Brooks’ killing rekindled those protests in Atlanta. The Wendy’s restaurant where Brooks was shot was burned down over the weekend.