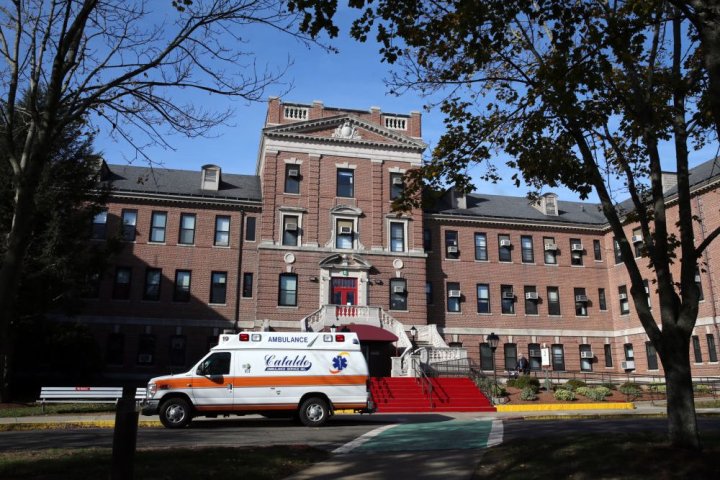 The body of a 62-year-old military veteran has been found in a stairwell at the veterans affairs hospital campus where he was last seen, according to authorities in Bedford, Mass.

Another resident at the Bedford VA Hospital found the man’s body on Friday, a spokesperson for the Middlesex County District Attorney’s office said.

Officials say the man was living in the Bedford Veterans Quarters, a residential unit linked to the hospital that provides housing to formerly homeless vets. The residential unit is run by a non-profit called Caritas Communities.

The man was last seen at the hospital on May 8 and was reported missing on May 13. He was found wearing the same clothing he had on when he was last seen.

The DA’s office is investigating the cause of death, a spokesperson told CNN. She added that there is no reason to suspect COVID-19 was involved at this point.

The situation has quickly turned into a finger-pointing contest, with the hospital and the residential community each claiming the other is responsible for the stairwell.

A spokesperson for Caritas Communities, the non-profit that runs the Bedford Veterans Quarters, said the death did not happen on the property it leases from the VA.

“On May 13 we filed a missing persons report for a BVQ resident, and have been working with the VA and the Bedford Police to ascertain the whereabouts of this resident,” Caritas said in a statement.

Caritas says the man was found in “one of several stairwells that are outside the leased premises of Caritas Communities and are solely controlled by the VA. ”

The Bedford VA facility said the stairs were operated by Caritas.

“A non-VA resident was found deceased on the Bedford VA campus in an area leased and operated by a private company,” spokesperson Kat Bailey told CNN.

Karin Cassel, executive director of Caritas, told CNN that the VA statement is not accurate.