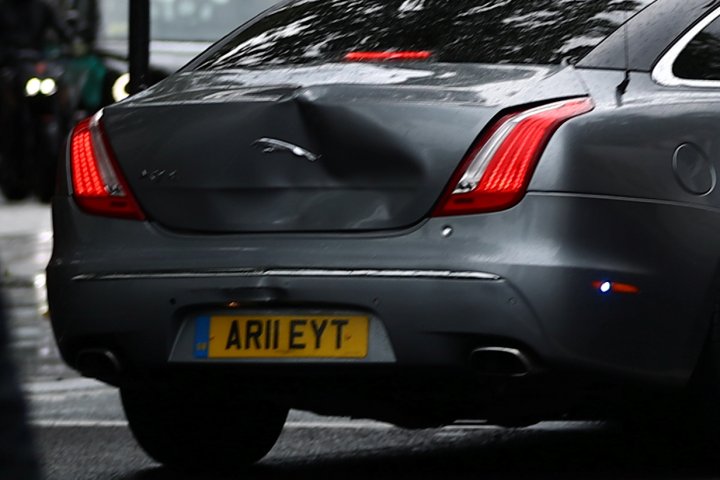 The car that usually carries British Prime Minister Boris Johnson was shunted by a security vehicle outside parliament on Wednesday when Kurdish protesters ran into the road, two Reuters witnesses said.

There were no injuries, a spokesperson said.

The vehicle was leaving the parliamentary estate with police outriders when a protester ran into the road, prompting the official car to stop and the following Range Rover to drive into it. Both cars moved off in a matter of seconds.

While it was not immediately clear whether Johnson was in the car, the vehicle was surrounded by the normal security that accompanies a British prime minister and he had just finished his weekly session in parliament.

A video posted by a Twitter user shows the vehicle rear-ended by another car.

“Rear-ended, the PM’s car,” a man can be heard saying on the video.