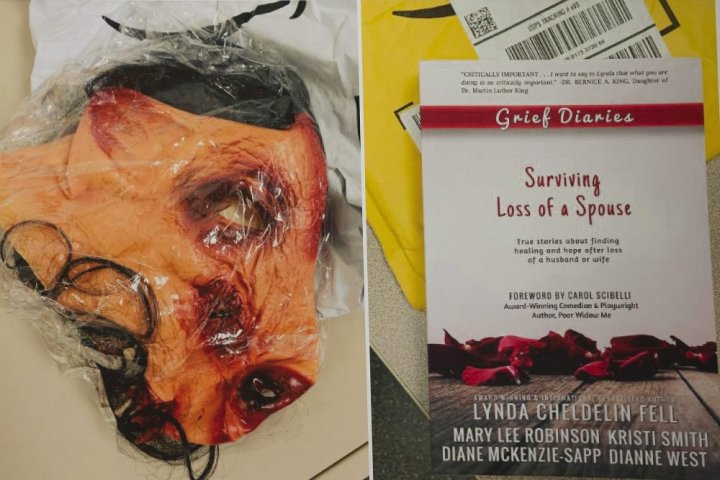 You can find almost anything on eBay — including, perhaps, a bit of petty revenge.

Six former employees at the e-commerce site have been accused of waging a disturbing revenge campaign against the married publisher and editor of an online newsletter in a bizarre case revealed in U.S. federal court on Monday.

The whole ordeal started after the couple’s newsletter criticized eBay, angering some of its executives, according to authorities. That prompted several employees to launch a cyberstalking operation against the couple, who live in Natick, Mass.

“This was a determined, systematic effort by senior employees of a major company to destroy the lives of a couple in Natick all because they published content that company executives didn’t like,” Massachusetts U.S. Attorney Andrew Lelling told reporters.

“For a while they succeeded, psychologically devastating these victims for weeks as they desperately tried to figure out what was going on and stop it.”

In addition to sending weird deliveries, the suspects allegedly created fake social media accounts to threaten the couple, tried to plant a GPS tracker on their car, lied to police about their involvement and even offered to help with the investigation.

“They hoped this ‘white knight strategy’ would create some goodwill toward the company, result in more favourable articles and please eBay’s management,” said Joseph Bonavolonta, special agent in charge of the FBI office in Boston.

EBay started an internal investigation last August after authorities informed it of “suspicious actions by its security personnel,” the company said in a statement. The employees were fired in September.

Court documents also describe an individual known as “Executive 1,” who flagged the critical newsletter to another executive via text.