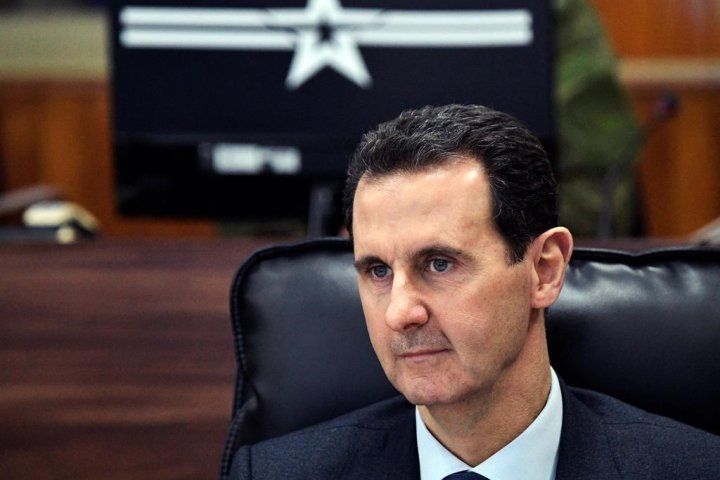 The Trump administration on Wednesday increased the pressure on Syrian President Bashar Assad, his wife, Asma, and his inner circle with new economic and travel penalties for human rights abuses and blocking a settlement of the country’s bloody nine-year conflict.

The State Department said it had designated 39 Syrian individuals, including the Assads, as well as members of their extended family, military leaders and business executives. Many were already subject to U.S. sanctions, but the penalties also target non-Syrians who do business with them.

Separately, the Treasury Department said it has imposed penalties on 24 individuals, companies and government agencies that “are actively supporting the corrupt reconstruction efforts” of Assad.

Syria’s foreign ministry said the measures were a violation of international law and showed that U.S. officials were behaving like “gangs and bandits.” The Assad government also accused the U.S. of hypocrisy, saying that in light of the recent domestic unrest across America, the United States should be “the last to utter words about human rights.”

Asma Assad, who had not been previously targeted, was cited as becoming what the State Department said was “one of Syria’s most notorious war profiteers.” She has increasingly sought to centralize all charity work under her aegis and the Syria Trust for Development, where most foreign aid for postwar reconstruction is channeled.

The sanctions are the result of legislation known as the Caesar Syria Civilian Protection Act, named after the pseudonym of a Syrian policeman who turned over photographs of thousands of victims of torture by the Assad government.

“Today’s designations send a clear message that no individual or business should enter into business with or otherwise enrich such a vile regime,” White House press secretary Kayleigh McEnany said in a statement.

Nearly half of the designated entities are construction companies involved in development projects, primarily in Damascus, the Syrian capital, on land expropriated from displaced Syrians.

“To make way for five-star real estate, the regime has evicted and razed the property of tens of thousands of residents from areas in Damascus that were until recently working class neighbourhoods sympathetic to the opposition,” the Treasury Department said in a statement. “Treasury’s action today exposes individuals and entities, including private-public partnerships, that seek to profit from this displacement and reconstruction.”

Secretary of State Mike Pompeo said the designations represent “the beginning of what will be a sustained campaign of economic and political pressure to deny the Assad regime revenue and support it uses to wage war and commit mass atrocities against the Syrian people.”

“Anyone doing business with the Assad regime, no matter where in the world they are, is potentially exposed to travel restrictions and financial sanctions,” Pompeo said in a statement.

Besides rights abuses, those targeted also were hit for obstructing a peaceful political resolution to the long-running conflict.

Kobe Bryant helicopter crash: pilot may have been disoriented in fog, report finds