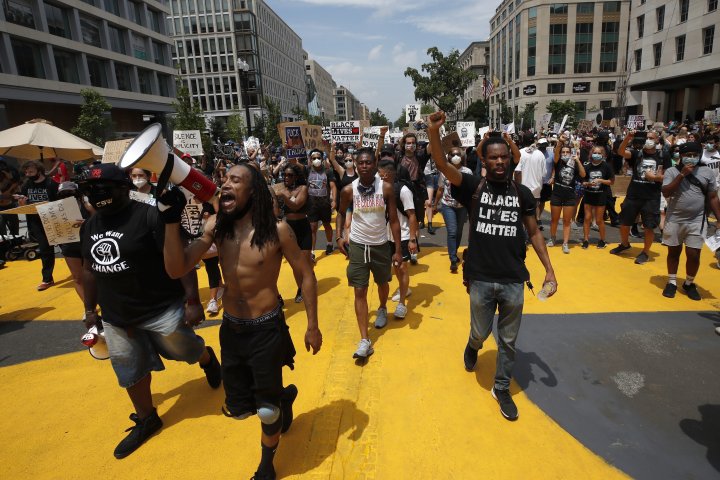 In just about any other year, Juneteenth, the holiday celebrating the day in 1865 that all enslaved black people learned they had been freed from bondage, would be marked by African American families across the nation with a cookout, a parade, a community festival, a soulful rendition of “Lift Ev’ry Voice and Sing.”

But in 2020, as the coronavirus ravishes black America disproportionately, as economic uncertainty wrought by the pandemic strains black pocketbooks, and as police brutality continues to devastate black families, Juneteenth is a day of protest.

For many white Americans, recent protests over police brutality have driven their awareness of Juneteenth’s significance.

“This is one of the first times since the ’60s, where the global demand, the intergenerational demand, the multiracial demand is for systemic change,” said Cornell University professor Noliwe Rooks, a segregation expert. “There is some understanding and acknowledgment at this point that there’s something in the DNA of the country that has to be undone.”

Friday’s celebrations will be marked from coast to coast with marches and demonstrations of civil disobedience, along with expressions of black joy in spite of an especially traumatic time for the nation. And like the nationwide protests that followed the police-involved deaths of black men and women in Minnesota, Kentucky and Georgia, Juneteenth celebrations are likely to be remarkably more multiracial.

You should also READ  How are U.S. presidential nominees selected? A look at primaries and caucuses

“I think this year is going to be exciting to make white people celebrate with us that we’re free,” said 35-year-old Army veteran David J. Hamilton III, who has organized a Juneteenth march and protest through a predominantly black, Hispanic and immigrant neighbourhood in the Brooklyn borough of New York.

Hamilton, who is black, said this year is his first treating “Juneteenth with the same fanfare as the Fourth of July or Memorial Day.”

In Tulsa, a day ahead of a planned presidential campaign rally Saturday for Donald Trump, the Rev. Al Sharpton and Tiffany Crutcher, the twin sister of a black man killed by a city police officer in 2016, plan keynote addresses about the consequences of racial prejudice. Their commemoration will take place in the Greenwood district, at the site known as Black Wall Street, where dozens of blocks of black-owned businesses were destroyed by a white mob in deadly race riots nearly a century ago.

In Washington, D.C., and around the country, activists affiliated with the Black Lives Matter movement will host in-person and virtual events to celebrate the history of the black liberation struggle and amplify their calls for defunding police in the wake of high-profile police killings of African Americans.