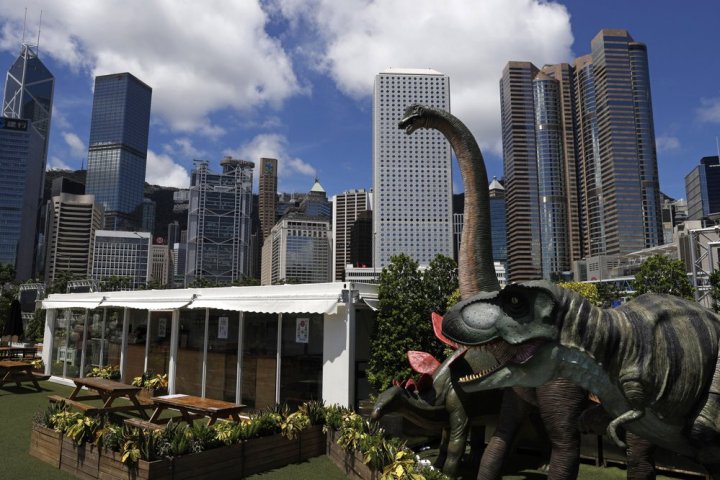 The body that handles most lawmaking for China‘s top legislative body closed its latest meeting Saturday with no word on whether it had passed a highly controversial national security law for Hong Kong.

The bill — which has been strongly criticized as undermining the semi-autonomous territory’s legal and political institutions — was raised for discussion at the meeting of the Standing Committee of the National People’s Congress but there was no further word on its fate, China’s official Xinhua News Agency reported.

Beijing has repeatedly said it is determined to press ahead with the legislation despite heavy criticism from within Hong Kong and abroad, including from the U.S., which says it will revoke some of the preferential conditions extended toward the city after its transfer from British to Chinese rule in 1997.

Britain has said it will offer passports and a path to citizenship to as many as 3 million Hong Kong residents. Group of Seven leading economies called on China to reconsider its plans, issuing a joint statement voicing “grave concern” over the legislation that is said would breach Beijing’s international commitments as well as the territory’s constitution.

Beijing has repeatedly denounced the moves as rank interference in its internal affairs.

Li Zhanshu, the ruling Communist Party’s third-ranking official and head of the National People’s Congress, presided over the meeting of the Standing Committee, which handles most legislative tasks in between the annual sessions of the full and largely ceremonial congress.

In its full session last month, the congress ratified a decision to enact such legislation at the national level after Hong Kong’s own Legislative Council was unable to do so because of strong local opposition. Critics say the law could severely limit free speech and opposition political activity.

Legal experts say Beijing’s justifications for the law are debatable.

The Hong Kong Bar Association on Friday called on the city’s government to reveal details of the bill and warned that the law’s enforcement in Hong Kong risked setting up a system of conflicting parallel legal standards dominated by Beijing.

“It raises the question whether individuals will be tried within the criminal justice system in (Hong Kong) by the Hong Kong courts or sent to the Mainland for trial and serve any terms of imprisonment in Mainland prisons,” the bar association said in a statement emailed to reporters.