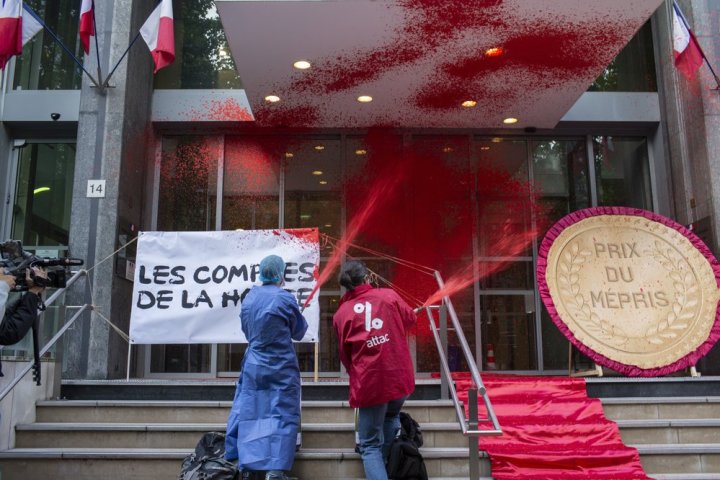 Protesters are gearing up to stage a protest in Paris against racism and police violence and in memory of Lamine Dieng, a 25-year-old Franco-Senegalese who died in a police van after being arrested in 2007.

The protesters will march from his former home, and will be joined Saturday by a separate demonstration in support of undocumented workers.

Both protests have been authorized by French authorities, who have been exercising caution over protests in recent weeks as the country emerges from coronavirus restrictions.

Other protests on Saturday in the French capital have, however, been banned, including an anti-racism demonstration near the U.S. Embassy by the Black African Defence League, and another protest linked to recent violence involving Chechens in the French city of Dijon.

A small group of activists staged a flash protest Saturday outside the French Health Ministry in support of state medical workers, who are demanding higher pay and more hospital staff after France’s once-renowned health care system struggled to cope with the virus crisis following years of cost cuts.

The protesters sprayed red paint on the ministry building, symbolizing blood, and on a mock medal.