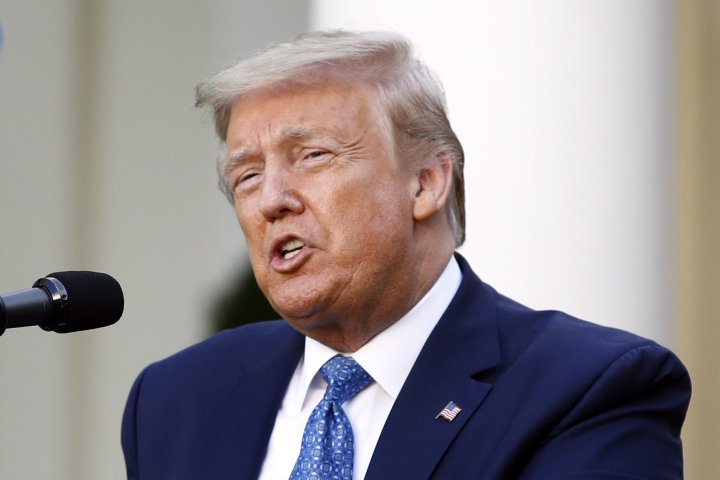 U.S. President Donald Trump on Friday threatened unspecified action against any protesters at his weekend re-election rally in Tulsa, Oklahoma, in a warning that his campaign said was not directed at peaceful demonstrators.

“Any protesters, anarchists, agitators, looters or lowlifes who are going to Oklahoma please understand, you will not be treated like you have been in New York, Seattle, or Minneapolis. It will be a much different scene!” Trump wrote on Twitter.

Marc Lotter, a spokesman for Trump’s campaign, said Trump was referring to agitators and not peaceful protesters.

“The president supports peaceful protests and people who are exercising their First Amendment rights,” Lotter told MSNBC in an interview following the tweet. “If we see what we’ve seen in other cities with rioting, looting, setting buildings on fire and physical violence, then that’s going to be something that’s going to be met by police.”

White House spokeswoman Kayleigh McEnany told reporters at a briefing that earlier destructive protests were unacceptable while peaceful demonstrators would be allowed: “What he was meaning are violent protesters, anarchists, looters – the kind of lawlessness we saw before.”

The rally is Trump’s first major re-election event following the novel coronavirus pandemic that shuttered much of the country and comes amid weeks of civil unrest over the treatment of African Americans and growing protests over racism and policing.

You should also READ  Donald Trump to use emergency powers amid coronavirus pandemic: reports

With more than 100,000 people expected in the area of the rally on Saturday, Tulsa mayor G.T. Bynum on Friday rescinded a curfew he had ordered for several downtown city blocks around the venue.

“Today, the Secret Service asked the City to lift the curfew order this weekend. In compliance with this request, the City has rescinded the order,” the city of Tulsa said in a press release quoted by CBS News.

Trump thanked Bynum in a tweet for canceling the curfew.

The Republican president faced backlash over a tweet during protests after the recent death in Minneapolis police custody of George Floyd, an African American man, that said “when the looting starts, the shooting starts.” The phrase evoked a white segregationist who was Miami mayor in the 1960s, though Trump later said he was unaware of its origins.