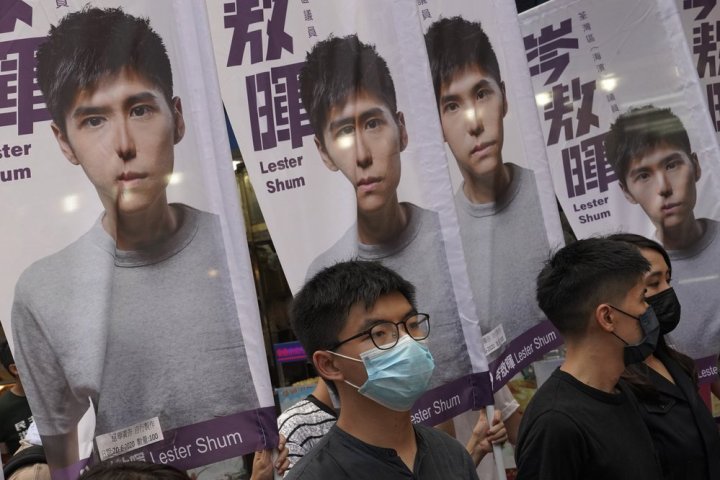 China‘s top lawmaking body has announced a three-day session for the end of this month, a move that raises the possibility of the enactment of a national security law for Hong Kong that has stirred debate and fears in the semi-autonomous territory.

The official Xinhua News Agency said Sunday that the Standing Committee of the National People’s Congress would meet from June 28 to 30 in Beijing.

The brief report did not mention the Hong Kong security law among several possible discussion items, but it could still be on the agenda or added at the meeting.

China released some details of the legislation late Saturday, heightening fears that the central government is tightening its grip on Hong Kong after months of anti-government protests last year.

Under the draft, the central government would set up a national security office in Hong Kong that would collect and analyze intelligence and deal with criminal cases related to national security.

Hong Kong police and courts would maintain jurisdiction over cases, but the law would allow an exception for Chinese authorities to exercise jurisdiction over “a tiny number of criminal cases … under specific circumstances,” according to a Xinhua report.

It did not provide any details on what those circumstances might be.

The stationing of Chinese security officials in Hong Kong and their involvement in law enforcement would arguably be the most significant erosion to date of Hong Kong’s autonomy in local affairs under the “one country, two systems” principle that has guided the city since Britain returned the former colony to China in 1997.

The timing of the upcoming legislative session is unusual, coming just one week after a three-day meeting that ended Saturday, and suggests that China may be aiming to pass the law ahead of a July 1 holiday that marks Hong Kong’s return to China. The Standing Committee of the National People’s Congress typically meets every two months.

Last year, anti-government protesters smashed their way into the locked Hong Kong legislative complex on the anniversary, spray painting slogans on the walls and damaging the electronic voting system. The months of protests, in which Chinese flags were trampled on and the Chinese emblem on its Hong Kong office defaced, prompted the central government’s decision to enact the law.

Hong Kong’s leader, Carrie Lam, called the draft law “a significant initiative … at a critical moment” to ensure the long-term prosperity and stability of the city of 7.5 million people.

George Floyd death: Use of police weaponry scrutinized after injuries at protests