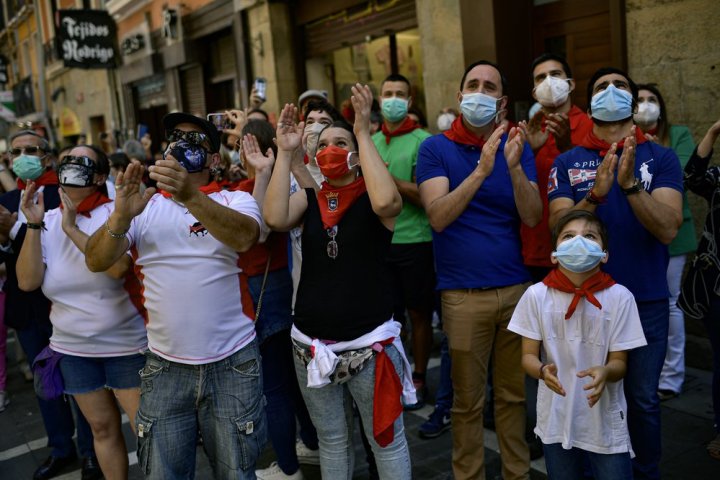 Spain reopened its borders to European tourists Sunday in a bid to kickstart its economy while Brazil and South Africa struggled with rising coronavirus infections. At a campaign rally, U.S. President Donald Trump said he told the U.S. government to reduce testing for the virus, apparently to avoid unflattering statistics ahead of the U.S. election in November.

The head of the World Health Organization has warned that the global spread of the virus is accelerating after a daily high of 150,000 new cases was reported last week.

The new coronavirus has infected over 8.8 million people and killed more than 464,000, according to figures compiled by Johns Hopkins University. The true number is thought to be much higher because many cases go untested.

At a campaign rally in Tulsa Oklahoma, Trump said Saturday he has told his administration to slow down virus testing. He said the United States has tested 25 million people, but the “bad part” is that it found more cases.

The infections would still exist, of course, but Trump’s campaign would not have to be embarrassed by how many cases and deaths were actually occurring in the United States, which tops the world in both categories by far. Health experts say not testing for coronavirus should increase the overall number of cases because infected people won’t know that they should quarantine themselves.

You should also READ  Global coronavirus cases see record daily increase for 2nd day in a row: WHO

The outbreak has infected 2.2 million people in the United States, killing nearly 120,000, according to Johns Hopkins.

The campaign of Joe Biden, Trump’s Democratic rival in November’s presidential election, accused Trump of “putting politics ahead of the safety and economic well-being of the American people.”

Spain on Sunday ended a national state of emergency after three months of lockdown, allowing its 47 million residents to freely travel around the country for the first time since March 14. Spain also dropped a 14-day quarantine for visitors from Britain and countries in Europe’s visa-free Schengen travel zone to boost its vital tourism sector.

But there was only a trickle of travellers at Madrid-Barajas Airport, which on a normal June day would be bustling.

“This freedom that we now have, not having to justify our journey to see our family and friends, this was something that we were really looking forward to,” Pedro Delgado, 23, said after arriving in the Spanish capital from Spain’s Canary Islands.