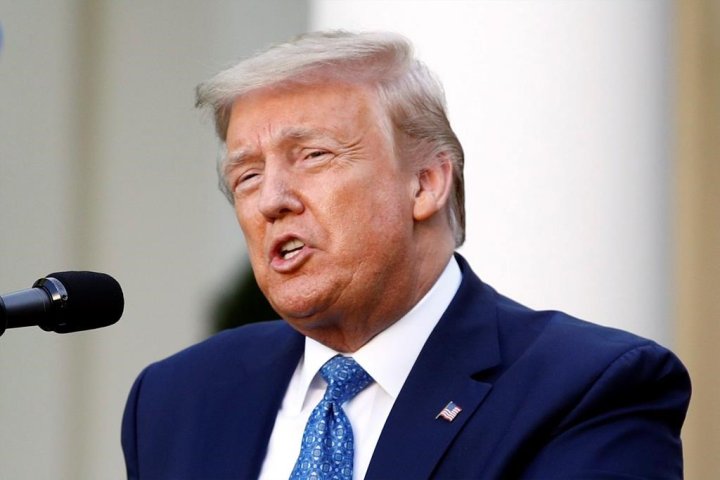 U.S. President Donald Trump took to Twitter Monday morning, saying the 2020 presidential election will be “rigged” if mail-in ballots are used instead of in-person voting.

“Rigged 2020 election: millions of mail-in ballots will be printed by foreign countries, and others. It will be the scandal of our times!” Trump tweeted.

This is not the first time Trump has blasted the use of mail-in voting, a method more U.S. states are adopting during the coronavirus pandemic. Last month, he said using this form of voting will lead to the “greatest rigged election in history.”

The coronavirus outbreak, which has killed more than 118,000 Americans and led to fears of a second wave of infections in the fall, has pushed a number of states to expand mail-in voting. U.S. health officials have said voting by mail can help prevent the spread of the pandemic.

But Trump has made clear he believes casting mail-in ballots would benefit Democrats. He has alleged — without citing evidence — that it will lead to massive fraud.

Many states, including some with Republican leaders, are taking steps towards making mail-in ballots easier to submit during the 2020 election — citing it as a safer alternative to in-person voting on Nov. 3.

Last week, Wisconsin, a state that swung to Trump in 2016, decided to send absentee ballot requests to nearly all voters before November’s elections, a step already taken by Michigan, another swing state.

You should also READ  ‘He had family, he had dreams’: Mourners gather in Minneapolis for George Floyd memorial

Trump said expanded mail-in voting could cost him re-election in November, according to a Politico interview published on Friday. His campaign has launched a multimillion-dollar lawsuit to block this type of voting.

“My biggest risk is that we don’t win lawsuits,” Trump said in the interview.  “If we don’t win those lawsuits … I think it puts the election at risk.”