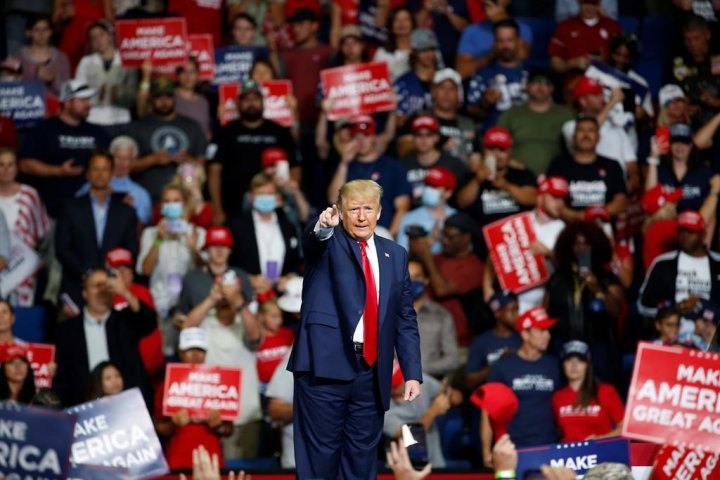 U.S. President Donald Trump says mail-in voting amid the novel coronavirus pandemic could lead to a “rigged 2020 election,” but experts disagree, saying the practice is safe and voter fraud is rare.

In a tweet on Monday, Trump claimed “millions” of mail-in ballots will be printed by “foreign countries, and others,” if the country opts to vote in this manner.

“It will be the scandal of our times!” Trump wrote.

But, Matthew Lebo, chair of political science at Western University, said mail-in voting does not substantially increase voter fraud, and if it does at all, it would be by a “tiny, tiny amount.”

Lebo said voting by mail is “very safe,” like voting in person, and noted that five U.S. states — Colorado, Hawaii, Oregon, Utah and Washington — have been voting by mail for years.

All states allow at least a portion of the population to vote by mail.

“It happens a few dozen times in the United States, over a billion ballots cast in the 21st century,” he said. “It’s a crime that does nothing for the criminal.”

Charles Stewart, a distinguished professor of political science at Massachusetts Institute of Technology (MIT), said mail-in voting opens “more potentials for fraud” because the ballots are not in the control of election officials the same way they are during in-person voting. But he added there are “fail-safe” mechanisms to ensure things are done correctly.

You should also READ  Coronavirus: NBA in talks with Disney to resume season at site in Florida