In city where George Floyd died, police union seen as obstacle to reform 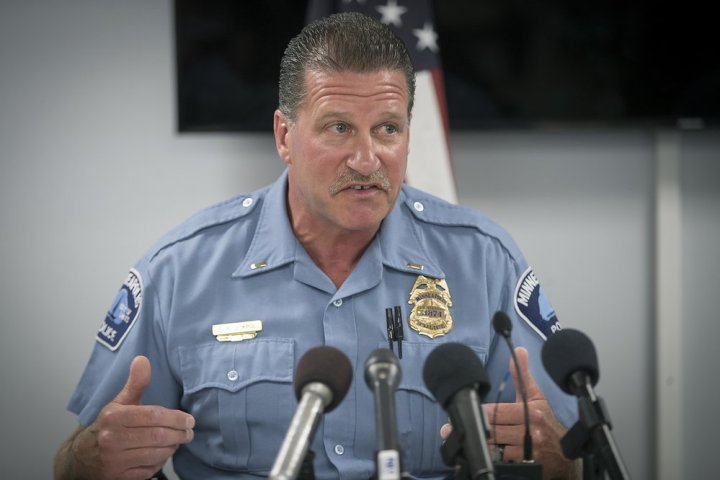 The fiery leader of Minneapolis’ police union has built a reputation of defying the city, long before he offered the union’s full support to the officers charged in George Floyd’s death.

When the mayor banned “warrior training” for officers last year, Lt. Bob Kroll said the union would offer the training instead. When the city restricted officers from wearing uniforms at political events, he had T-shirts made to support President Donald Trump. He commended off-duty officers who walked away from a security detail after players on the state’s professional women’s basketball team, the Minnesota Lynx, wore Black Lives Matter T-shirts. And after Floyd’s death, he didn’t hold back as he called unrest in the city a “terrorist movement.”

As Minneapolis tries to overhaul its police department in the wake of Floyd’s death, city leaders will collide with a pugnacious and powerful union that has long resisted such change. But that union and Kroll are coming under greater pressure than ever before, with some members daring to speak out in support of change and police leaders vowing to negotiate a contract tougher on bad cops.

Other unions have publicly called for Kroll’s removal, while public opinion polls show more Americans are shifting their views on police violence and believe offending officers are treated too leniently.

“People recognize that this just can’t just be half-baked measures and tinkering around the edges in policy reform. What we’re talking about right now is attacking a full-on culture shift of how police departments in Minneapolis and around the nation operate,” Mayor Jacob Frey said.

All four officers were fired, but Kroll issued a statement saying they had the union’s full support and warned against rushing to judgment.

The Minnesota AFL-CIO and some of the state’s biggest unions called for Kroll to quit. Kroll, whom the Star Tribune reported is planning to step down when his term ends in 2021, hasn’t responded to interview requests.

Floyd’s death sparked outrage in Minneapolis and beyond, as protests erupted around the world amid emphatic calls for police reform. In Minneapolis, the first steps are being aimed at the union, long seen as a barrier. Chief Medaria Arradondo said he would withdraw from union contract negotiations to consider structural changes, and Frey is calling on state lawmakers to fix an arbitration process that he said reverses roughly half of police terminations in the state.

In an interview Sunday on “60 Minutes,” Arradondo said Kroll is “absolutely … an influencer.”

One of the union’s victories happened in 2007, when it persuaded the city to curtail the power of the Minneapolis Civilian Review Authority by shielding from public view a finding that a complaint had been sustained against an officer.