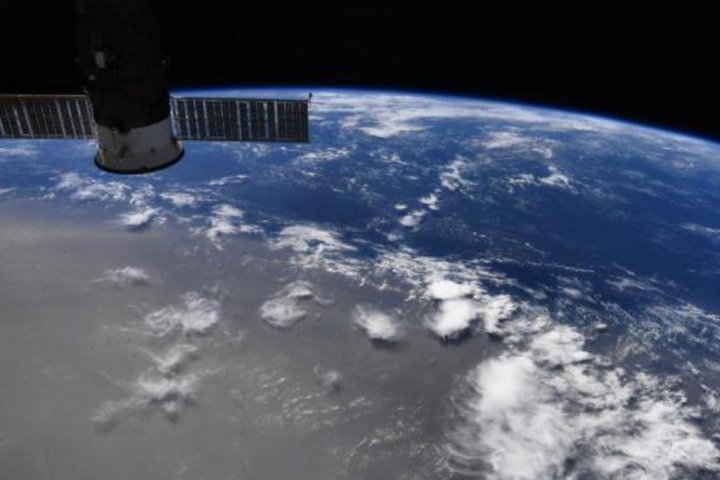 A dust plume from the Sahara Desert is making its way across the globe to the southern United States, and it’s so big it can be seen from space.

In a satellite photo that NASA astronaut Doug Hurley took from the International Space Station, the hazy brown dust can be seen drifting across the Atlantic Ocean, in juxtaposition to the otherwise blue hue of the planet.

While a plume of this nature isn’t uncommon — in fact, it happens every summer — it usually can’t be seen with such clarity.

This particular plume is the most extreme in recent memory. Dust typically catches a ride with winds travelling east-to-west, but usually breaks up over the Caribbean. This year, the plume is defying the odds by staying intact.

“Normally these dust clouds fan out and disperse as they travel west, but this episode is different as the concentrated layer of dust will remain intact all the way to the Gulf of Mexico and the southeast U.S. in the coming days,” Global News meteorologist Anthony Farnell said.

In a series of before-and-after photos posted to Twitter by @286News, Caribbean skies in Antigua, St. Barts, Puerto Rico and Trinidad and Tobago look very different after the dust hit.

You should also READ  Democratic debate: Here are key highlights from the Las Vegas stage

Colorado State University’s Cooperative Institute for Research in the Atmosphere (CIRA) shared a mesmerizing time-lapse video on Twitter showing the plume making its more than 5,000-kilometre journey to America.

The National Weather Service (NWS) of the Eastern Region is also tracking the large collection of travelling dust and believes it will hit the southeastern U.S. sometime next week.