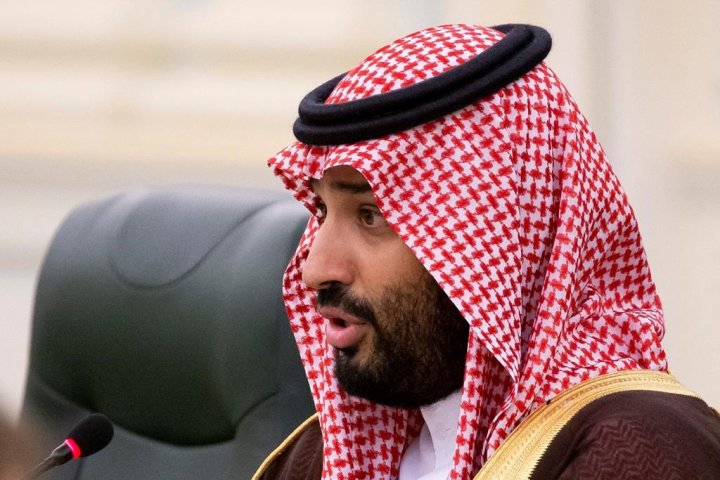 As Saudi Crown Prince Mohammed bin Salman moved to tighten his grip on power over the past few years, detaining senior royals and opponents, one person has eluded him: a former top-ranking intelligence official who was close to a key rival to the throne.

In recent months, the crown prince — known by the initials MbS — has increased pressure on relatives of Saad al-Jabri, including detaining his adult children, to try to force his return to the kingdom from exile in Canada, the former intelligence official’s family say. In the crown prince’s sights are documents Jabri has access to that contain sensitive information, according to four people with knowledge of the situation.

Jabri was a long-time aide to Prince Mohammed bin Nayef, who the crown prince ousted as heir to the throne in a 2017 palace coup that left MbS the de facto ruler of Saudi Arabia, the world’s top oil exporter and a key U.S. ally.

Saudi authorities detained bin Nayef and two other senior royals on March 6, the latest in a series of extraordinary measures seen aimed at consolidating MbS’s strength within the ruling Al Saud family and removing perceived threats to his power ahead of an eventual succession upon the king’s death or abdication.

Multiple top Interior Ministry officials were also detained in March, said two of the people with knowledge of the situation – both well-connected Saudis.

Days after bin Nayef’s detention, according to Jabri’s family, Saudi authorities arrested two of his children, 21-year old Omar and 20-year old Sarah, in a dawn raid on the family home in the capital Riyadh. That was followed by the detention of the former intelligence official’s brother in early May, the family said. Three of the people with knowledge of the situation confirmed Jabri’s relatives had been detained.

According to the four people with knowledge of the situation, the crown prince believes he could use the documents in Jabri’s possession against current rivals for the throne. He also fears they contain additional information that could compromise him and his father, the king, the four people said.

The documents include information on bin Nayef’s assets abroad, which also potentially could be useful to MbS in putting pressure on his predecessor, said the two well-connected Saudis and a former regional security official. Jabri also has access to sensitive files relating to the financial dealings of senior royals, including King Salman and MbS, said one of the well-connected Saudi sources, the former regional security official and a diplomat.

The diplomat said some of the information related to land deals and transactions, without elaborating beyond saying that they related to King Salman during his time as governor of Riyadh, a position he held for nearly four decades prior to his 2015 ascension to the throne.

One of the well-connected Saudi sources said the crown prince wants to press charges against bin Nayef relating to allegations of corruption during bin Nayef’s time at the Ministry of Interior. Reuters was unable to determine the details of those allegations.

“They have long wanted Jabri as the right-hand man of MbN,” the person said, referring to bin Nayef.

The Saudi government has not confirmed or publicly commented on the seizure of Jabri’s children or his brother, Abdulrahman al-Jabri. The Saudi government media office did not respond to detailed questions from Reuters about the detentions or the reasons behind them.