Trump says government will ‘arrest anyone’ who vandalizes, destroys a statue 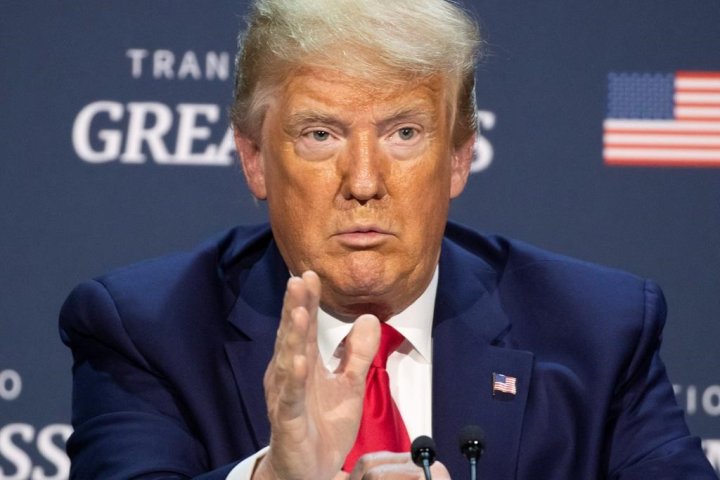 U.S. President Donald Trump tweeted Tuesday morning that he’s authorized the government to arrest anyone who vandalizes or destroys a monument or statue.

He added that this act could carry a 10-year prison sentence.

“I have authorized the Federal Government to arrest anyone who vandalizes or destroys any monument, statue or other such Federal property in the U.S. with up to 10 years in prison, per the  Veteran’s Memorial Preservation Act, or such other laws that may be pertinent,” Trump tweeted.

“This action is taken immediately, but may also be used retroactively for destruction or vandalism already caused. There will be no exceptions!”2

Trump’s threat comes as anti-racism demonstrations continue in the U.S. following the killing of George Floyd in Minneapolis. Video showed a white police officer pressing his knee against Floyd’s neck for nearly eight minutes as the handcuffed Black man said, “I can’t breathe.” The officer, Derek Chauvin, has been charged with murder.

The issue of the enslavement of African Americans tore the United States apart when Southern states broke away to form the Confederate States of America to protect slavery. Northern states defeated the South in the Civil War to restore the Union.

But slavery’s legacy continues to haunt race relations in America. In recent history, controversies over symbols of the Confederacy, such as statues of its leaders and its battle flag, have erupted. Those arguing for their removal say they symbolize racism and oppression, while those opposing such action call them signifiers of Southern heritage and pride.

— With files from the Associated Press