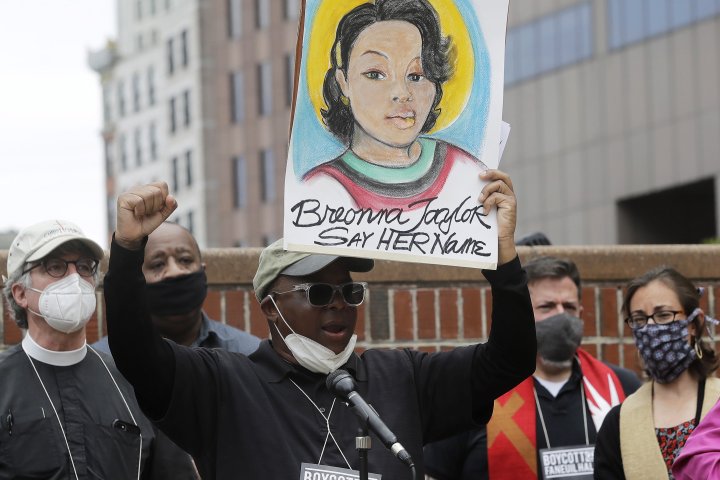 One of the three Louisville, Ky., officers fired for their role in the shooting death of Breonna Taylor “displayed an extreme indifference to the value of human life” and violated standard operating procedures for the use of deadly force, the police chief says.

The allegations are among several in the termination letter to Det. Brett Hankison, signed by interim police Chief Robert Schroeder and posted online by the Louisville Police Department Tuesday, which serves as the effective date of Hankison’s firing.

Schroeder and Louisville Mayor Greg Fischer had said Friday that Hankison would be fired. Two other officers remain on administrative reassignment while the shooting is investigated.

Taylor, who was Black, was shot eight times by officers who burst into her Louisville home using a no-knock warrant during a March 13 narcotics investigation. No drugs were found at her home.

Taylor’s boyfriend says the couple was asleep when police entered the apartment.

In the letter, Schroeder says the investigation found Hankison “wantonly and blindly shot 10 rounds into the apartment … without supporting the facts” of whether Taylor presented a threat to the officers.

The chief says the shots were fired into a covered patio door and window, which “completely prevented you from verifying any person as an immediate threat” or any innocent people inside.

Schroeder goes on to say that Hankison also “failed to be cognizant of the direction in which your firearm was discharged,” noting some rounds he fired went through the wall of Taylor’s home into the apartment next door, “endangering the three lives” that live there.

“I find your conduct a shock to the conscience,” Schroeder writes. “I am alarmed and stunned you used deadly force in this fashion.

“Your actions have brought discredit upon yourself and the Department. Your conduct has severely damaged the image of our Department we have established with our community.”

The chief mentions Hankison had previously been disciplined for “reckless conduct that injured an innocent person” in January 2019.