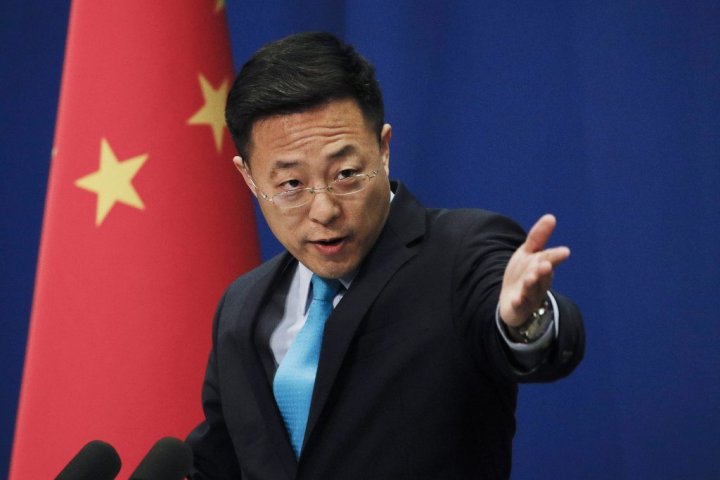 China has explicitly tied the fate of two detained Canadians to the release of Meng Wanzhou, joining the growing calls for Ottawa to intervene in the Huawei executive’s extradition.

In a media briefing Wednesday, Zhao Lijian, the spokesman for China’s foreign ministry, cited comments made by Michael Kovrig’s wife to the CBC and Reuters saying Canada’s justice minister has the power to end Meng’s extradition to the United States “at any point.”

“Such options are within the rule of law and could open up space for resolution to the situation of the two Canadians,” Zhao said, referring to Kovrig and Michael Spavor, who have now been detained for over 550 days.

In the legal opinion — dated May 22, 2020 and addressed to Attorney General David Lametti — Greenspan said the justice minister can legally intervene in the case before it hits his desk, saying that “discretion” is “expressly codified” in the Extradition Act.

Greenspan argues that intervening and ending the extradition case preserves Canada’s judicial independence and is consistent with the rule of law, which Zhao said China agrees with.

“This shows that the Canadian government can actually handle this incident in a just manner according to Canadian law,” Zhao said.

“Once again we urge the Canadian side to earnestly respect the spirit of rule of law, treat China’s solemn position and concerns seriously, stop political manipulation, immediately release Ms. Meng and ensure her safe return to China.”

China has repeatedly denied that Kovrig and Spavor’s detentions were in retaliation for Meng’s arrest, an argument that has recently been dismissed by Prime Minister Justin Trudeau and others in his cabinet.

Ottawa has also dismissed Beijing’s claims that Meng’s arrest was a “political incident,” as Zhao called it Wednesday, insisting the case is consistent with Canadian law while also honouring the request of the U.S.