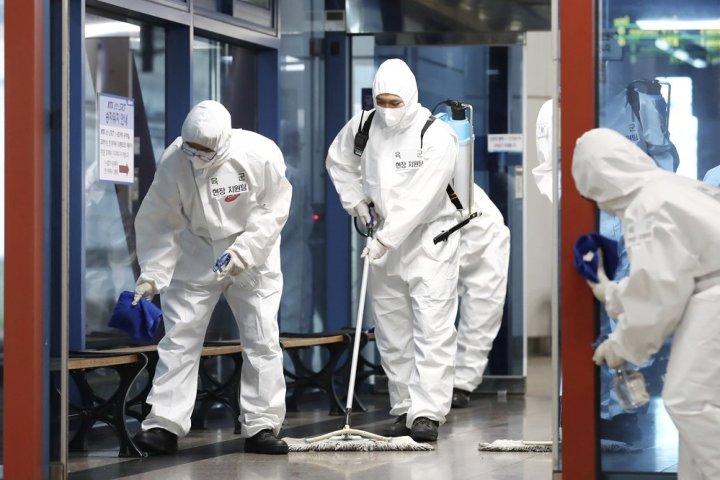 Governments and businesses are ramping up precautions as coronavirus case numbers rise to dire new levels in parts of the U.S. and around the world, potentially wiping out two months of progress.

Indonesia was expected to pass the 50,000 mark for confirmed infections on Thursday. In Melbourne, health workers planned to go door-to-door to test more than 100,000 residents in a coronavirus hot spot that threatens to undo the nation’s success in battling the virus.

In the Indian capital of New Delhi, which has reported more than 70,000 cases, authorities said they would conduct house-to-house screening over the coming two weeks. With the city’s hospitals overwhelmed, military personnel were providing care at makeshift medical wards fashioned from railroad coaches.

The Africa Centers for Disease Control and Prevention said the continent’s cases have surged to more than 336,000, up by 10,000 from a day earlier. The Africa CDC chief said the pandemic on the 54-nation continent “is picking up speed very quickly” while shortages of testing materials and medical equipment remain severe in many countries.

The actual numbers of cases everywhere, are thought to be far higher due to a number of reasons including limited testing.

World financial markets were rattled by the setbacks in fighting the pandemic, which cloud prospects for recoveries of economies mired in their worst downturn since the Great Depression of the 1930s.

Asian shares fell Thursday after the Dow Jones Industrial Average lost over 700 points overnight for a drop of 2.7% and the broader S&P 500 fell 2.6%.

In China, where the virus first appeared late last year, an outbreak in Beijing appeared to have been brought under control. China reporting 19 newly confirmed cases nationwide amid mass testing in the capital. Case numbers both nationally and in Beijing were up by only single digits from Wednesday.

South Korea was still struggling to quell an outbreak there, reporting 28 new cases on Thursday, mostly associated with nightlife, churches, a huge e-commerce warehouse and door-to-door sales. But the numbers have not reached the hundreds of new cases every day in late February and early March.

While some governments are considering more aggressive action to stem fresh outbreaks, in other places such precautions are being unwound.