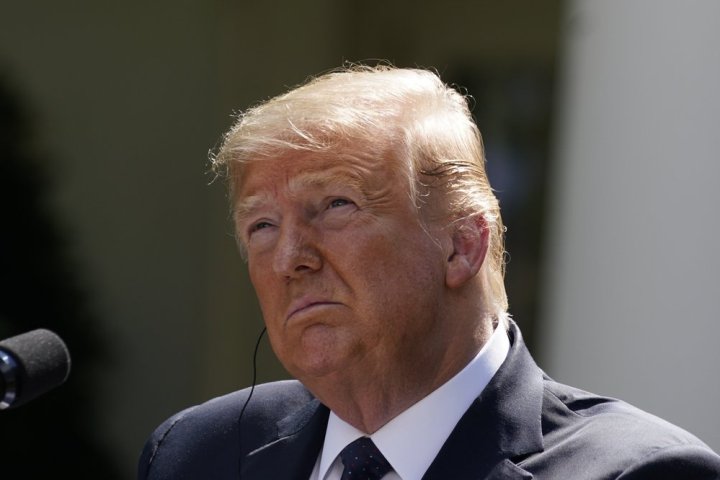 When he returns Thursday to the critical battleground state, he’ll be reminded how much has changed since.

The Republican president will head to conservative, rural Wisconsin for a private tour of a shipyard far away from Milwaukee, where local coronavirus restrictions now prevent large rallies. He’ll land a day after the governor activated the National Guard in the state capital to protect state property from angry protests against racial injustice.

When Trump last campaigned in the state in January, the unemployment rate was 3.5%; now, 12% of workers are jobless.

Trump’s standing in Wisconsin appears to be suffering from the extraordinary period of turmoil, and his visit is part of a concerted effort to shore up support in friendlier areas that can make or break his reelection chances. Besides the visit to Marinette, he’ll participate in a town hall to be broadcast by Fox News Channel from an airport in Green Bay. The trip comes days after he dispatched Vice-President Mike Pence to the conservative Milwaukee suburbs.

The two parts of Wisconsin targeted by Trump this week — suburban Milwaukee and the Green Bay media market in northeast Wisconsin — are areas where he needs to run up a big vote advantage in November.

Some polls have suggested Trump has ground to make up in Wisconsin, including a Marquette University Law School poll released Wednesday that showed Democrat Joe Biden with an 8 percentage point lead over Trump. Trump trailed Democrat Hillary Clinton in nearly every poll conducted in Wisconsin in 2016 — often by similar margins — before he went on to eke out a victory in the state by fewer than 23,000 votes.

Marinette County helped deliver that win. Trump carried the county, which sits about 170 miles (275 kilometres) north of Milwaukee along the shores of Lake Michigan’s Green Bay, with 65% of the vote.

Unlike Trump’s rally in Oklahoma last weekend and his visit to a Phoenix megachurch Tuesday, his tour of the Fincantieri Marinette Marine shipyard is not open to the public. He will speak to 500 to 600 people inside the shipyard, all of whom will be required to wear masks, the shipbuilder’s spokesperson Eric Dent said in an email.

Trump, who generally refuses to cover his face, will not, Dent said.

“We are not asking or requiring the president to wear a mask, as we are going to go to great lengths to give him the appropriate social distance,” he said.

Marinette has not been a hotbed of the virus, with just a few dozen cases and three deaths. Thirteen employees at the shipbuilder have tested positive for COVID-19, but they have all recovered and are now back to work, Dent said. Everyone who enters the facility is now screened, he said.