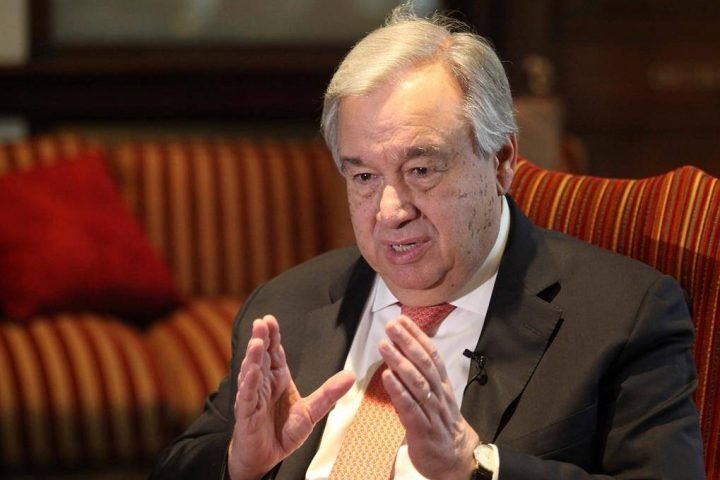 Secretary-General Antonio Guterres says the biggest accomplishment of the United Nations as it approaches its 75th anniversary is the long period since the Second World War that the most important powers didn’t fight against each other and nuclear war was avoided. He says its biggest failing has been its inability to avoid the proliferation of medium and small conflicts.

The U.N. chief said in an interview with The Associated Press ahead of Friday’s anniversary of the signing of the U.N. Charter in San Francisco in 1945 that even during the period of “mega-confrontation” between the former Soviet Union and the United States, and with all the problems in the world today, “we do not have a major confrontation among the big powers.”

But Guterres said his biggest frustration as secretary-general is the enormous suffering of people caught in medium and small conflicts. He singled out Syria, Libya, Yemen and Afghanistan as examples of conflicts where peace is overdue.

“We see a lot of mistrust,” he lamented. “We see spoilers, and we do not see a united Security Council helping us to act decisively in order to bring those countries into cease-fire, peace negotiations, and peace.”

The U.N. chief has spoken repeatedly about the rise of populism triggering increasing threats to multilateralism. He has often denounced what he calls a “groundswell of xenophobia, racism and intolerance,” including anti-Semitism and anti-Muslim hatred.

Following the global anger after the May 25 death of George Floyd by a white police officer who kept a knee on his neck in Minneapolis, Guterres ordered a year-long study of racism within the United Nations and stressed again that racism is a global problem. He said people everywhere must be engaged to understand its legacy “and to learn from the mistakes of the past and to promote social cohesion in our societies.”

Since over 50 countries signed the U.N. Charter in 1945, the United Nations has grown to 193 member nations and the world has changed dramatically. Satellites and instant communications link people and countries thousands of miles apart. The Soviet Union, once the largest country in the world, broke up in 1991, and China has become a global power with the world’s second largest economy.

In his “state of the world” speech last September, Guterres warned of the looming risk of the world splitting in two, with the United States and China creating rival Internets, currency, trade, financial rules “and thfeir own zero sum geopolitical and military strategies.” Nine months later, he thinks the “split is real” and “we are witnessing this divide deepening.”

Guterres said he would like to see the major powers put aside their differences, come together and “lead the international community in a coherent response to the challenges that we are facing.”

He said there is also a need for more international co-operation and stronger multilateral organizations to address challenges such as terrorism, climate change, the coronavirus pandemic, “lawlessness” in cyberspace and the evolution of scientific areas including artificial intelligence to ensure they benefit — not harm — humankind.

For example, he said, the World Health Organization has very little power to get countries to do what it thinks best for tackling COVID-19 or to make countries co-operate in trying to end the pandemic. International bodies also have very little power to force governments and societies “to adopt all the necessary measures to defeat climate change,” he said.