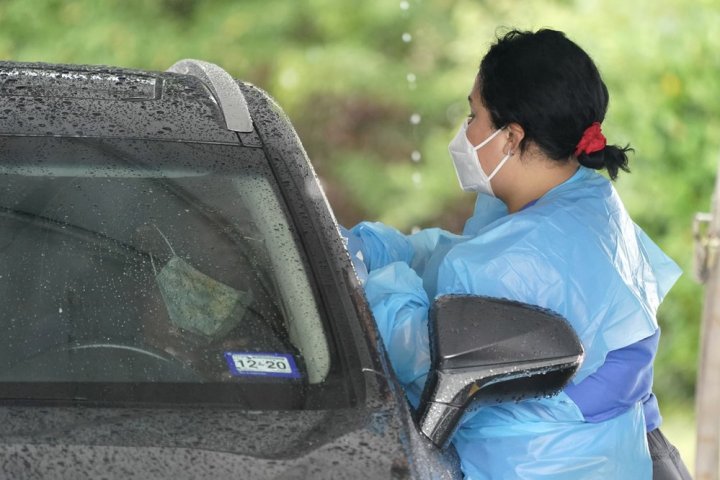 U.S. officials estimate that 20 million Americans have been infected with the coronavirus since it first arrived in the United States, meaning that the vast majority of the population remains susceptible.

Thursday’s estimate is roughly 10 times as many infections as the 2.3 million cases that have been confirmed. Officials have long known that millions of people were infected without knowing it and that many cases are being missed because of gaps in testing.

The news comes as the Trump administration works to tamp down nationwide concern about the COVID-19 pandemic as about a dozen states are seeing worrisome increases in cases.

The administration also looks to get its scientific experts back before the public more as it tries to allay anxieties about the pandemic while states begin reopening. Since mid-May, when the government began stressing the need to get the economy moving again, the panel’s public health experts have been far less visible than in the pandemic’s early weeks.

The White House announced Thursday evening that the government’s coronavirus task force, led by Vice President Mike Pence, will hold a briefing on Friday. It will be the task force’s first briefing since April 27.

Twenty million infections means that about 6% of the nation’s 331 million people have been infected.

“It’s clear that many individuals in this nation are still susceptible,” Dr. Robert Redfield, director of the Centers for Disease Control and Prevention, said on a call with reporters Thursday. “Our best estimate right now is that for every case that was reported, there actually are 10 more infections.”

Previously, CDC officials and the nation’s top infectious-disease expert, Dr. Anthony Fauci, have said that as many as 25% of infected people might not have symptoms.

“There’s an enormous number of people that are still vulnerable,” said Dr. Joshua Sharfstein, vice dean at the Johns Hopkins Bloomberg School of Public Health. “It still remains a potentially lethal disease. It’s a roll of the dice for everybody who gets the illness. Also, you’re rolling the dice for other people who you may give the virus to.”

The new estimate is based on CDC studies of blood samples collected nationwide — some by the CDC and others from blood donations and other sources. Many infections were not caught in early testing, when supplies were limited and federal officials prioritized testing for those with symptoms.

Administration officials are pointing to the new data to allay public anxieties, claiming that while there have been significant spikes, they have the outbreaks well in hand. They maintained they were not trying to minimize a public health crisis, but said the nation is in a markedly different place with the virus now than when the U.S. last saw similar infection numbers in mid-April, when testing infrastructure was weaker. The officials spoke on condition of anonymity late Wednesday to discuss the matter candidly.

“This is still serious,” Redfield said on the call with reporters Thursday. “But I’m asking people to recognize that we’re in a different situation today than we were in March or April,” with more cases today in younger people who are not as likely to develop serious illness or die from infection, he said.