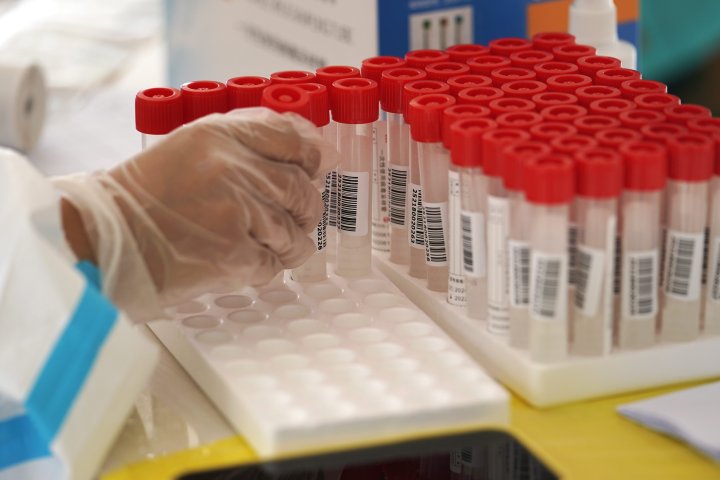 China reported a further decline in newly confirmed cases of the coronavirus on Friday, with 13 cases.

Eleven were in Beijing, where mass testing has been carried out following an outbreak that appears to have been largely brought under control. The other two cases were brought by Chinese travellers from overseas, according to the National Health Council.

No new deaths were reported and 389 people remained in treatment for COVID-19, with another 107 in isolation. Case numbers both nationally and in Beijing were down from Thursday. China has reported 4,634 COVID-19 deaths from 83,462 total cases.

This month’s outbreak in Beijing has seen 260 people infected, most of them with links to the city’s biggest wholesale market, leading authorities to lock down some communities and cancel classes.

Since then, 3 million test samples have been taken from 2.43 million people in the city.

New regulations on managing risks to prevent additional outbreaks issued by China’s Cabinet, the State Council, include a demand that unreasonable restrictions beyond regular prevention and control measures in localities should be immediately corrected.

It warned that measures that cause “vile influence” will be exposed in the media, the regulations state.

South Korea was considered an anti-virus success story after containing an outbreak during February and March surrounding the southeastern city of Daegu. However, the country has been seeing an uptick in new infections since authorities moved to ease social distancing guidelines and reopen schools starting in May.

The update from the Korea Centers for Disease Control and Prevention on Friday brought national totals to 12,602 cases, including 282 deaths. Twelve of the new cases were linked to international arrivals.