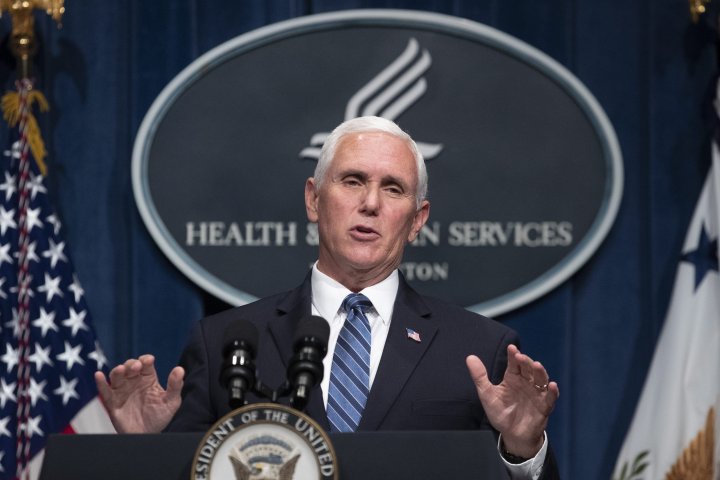 Pence, who is leading the country’s coronavirus task force, told reporters Friday that, “at a certain level, very encouraging news” that “roughly half of the new cases are Americans under the age of 35.”

Experts agree that the virus has so far most seriously affected older people and people with pre-existing health problems and studies suggest that a person’s chances of dying from COVID-19 only increases with age. However, young people are not immune from becoming infected nor from becoming significantly or fatally ill.

The World Health Organization warned young people back in March that they’re “not invincible.”

“One of the things that we are learning is that although older people are the hardest-hit, younger people are not spared. Data from many countries clearly show that people under 50 make up a significant proportion of patients requiring hospitalization,” WHO director-general Dr. Tedros Adhanom Ghebreyesus said at a press conference on COVID-19.

You should also READ  Chinese investment in U.S. falls to lowest level in 10 years, analysts say

Pence, at the first U.S. coronavirus task force briefing in months, acknowledged that more than a dozen states are seeing an increase in cases of COVID-19, with new cases concentrated in certain areas. Thirty-four states are showing a measure of stabilizing.

Pence added that the U.S. government is focused on these surging cases, particularly in the southern states, and reminded Americans to continue physical distancing to minimize the spread of the virus.

He directed part of his call to younger Americans and the “role they can play to protect the vulnerable.”

“In counties and in states that are being impacted by rising cases, now’s the time for everybody to continue to do their part,” he said.

“While the coronavirus doesn’t represent as significant a threat of serious outcomes to younger Americans, none of us would want to bring the disease back to our parents or grandparents, moms and dads, an elderly friend or a friend who has an immunodeficiency that could cause a serious outcome as well,” he said.