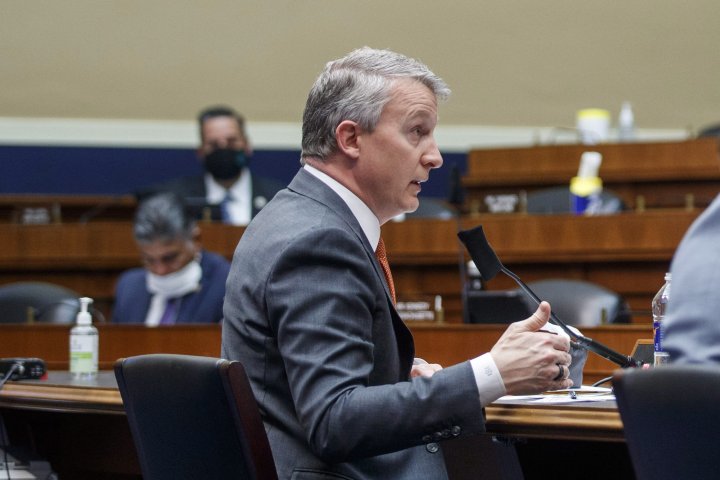 A government whistleblower ousted from a leading role in battling COVID-19 alleged Thursday that the Trump administration has intensified its campaign to punish him for revealing shortcomings in the U.S. response.

Dr. Rick Bright, former director of the Biomedical Advanced Research and Development Authority, said in an amended complaint filed with a federal watchdog agency that he has been relegated to a lesser role in his new assignment at the National Institutes of Health, unable to lend his full expertise to the battle against COVID-19.

The complaint also said that Health and Human Services Secretary Alex Azar is leading a “coordinated effort” to undermine Bright in his new duties, and that has led to former colleagues shunning the sidelined scientist.

The pressure is coming straight from the top, the complaint said, with President Donald Trump calling Bright an “angry, disgruntled employee” and setting the tone for a campaign of “public disparagement” to “unnerve and intimidate” him.

Bright, a vaccine expert, was supposed to be working on virus diagnostic tests in his new job at NIH. But he “is cut off from all vaccine work, cut off from all therapeutic work, and has a very limited role in the diagnostic work,” said the complaint. “His extremely narrow role is confined to making contracts with diagnostics companies that have already developed diagnostics, to scale up their production.”

Where Bright previously oversaw 200 or more projects at BARDA, he’s now been given responsibility for five to eight projects, involving diagnostic tests already approved by the Food and Drug Administration.

You should also READ  Coronavirus: Here are the prominent Canadians in self isolation over COVID-19

The complaint said former colleagues of Bright’s at his old agency are now avoiding him. It described a conversation with one such colleague, who is not identified by name.

The former colleague is quoted as saying that the agency’s new acting director, Dr. Gary Disbrow, had warned him “to be ‘very careful’” about dealing with Bright.

The complaint said Disbrow had explained that Azar “was very angry with Dr. Bright and was ‘on the war path.’ (Disbrow) explained that Secretary Azar directed HHS employees to refrain from doing anything that would help Dr. Bright be successful in his new role.”

Disbrow also said that “Secretary Azar said that if anyone were to help Dr. Bright be successful, ‘there would be hell to pay,’” the complaint said.

HHS spokesman Michael Caputo said on Twitter that Bright’s complaint is “filled with one-sided arguments and misinformation that have been completely debunked. When will the media stop carrying his water?”