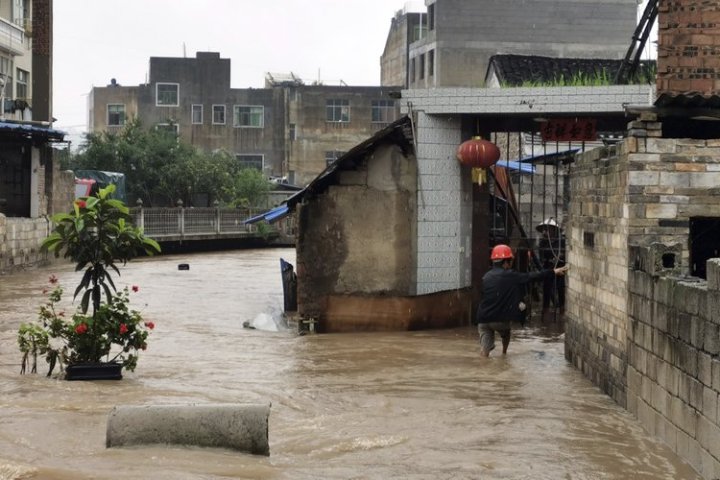 Two vehicles fell into a river, killing two people and leaving three others unaccounted for, according to the Mianning county government in Sichuan province.

Another person was killed and nine more are missing in Yihai township, the county said in a post on its social media account. Mianning is about 280 kilometres southwest of Chengdu, the capital of Sichuan.

About 7,500 people have been evacuated from their homes.

More than 20 people have died this year in seasonal rains in southern China that swell rivers and flood towns and agricultural fields.

China’s worst floods in recent years were in 1998, when more than 2,000 people died and almost 3 million homes were destroyed.