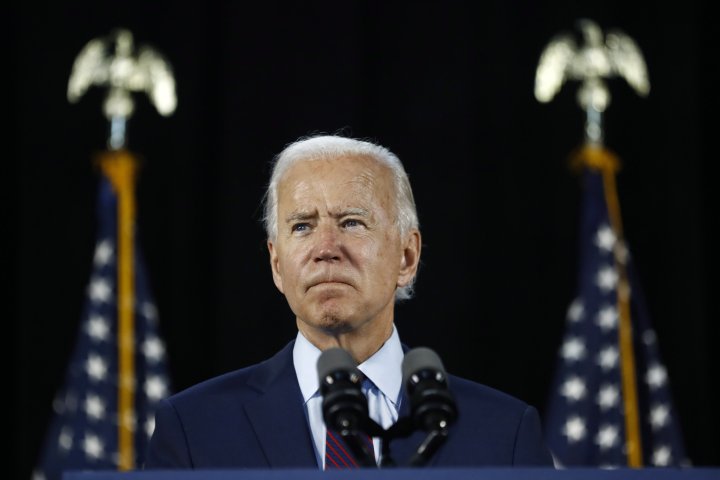 Joe Biden attacked U.S. President Donald Trump on Saturday over a report that he said, if true, contains a “truly shocking revelation” about the commander in chief and his failure to protect U.S. troops in Afghanistan and stand up to Russia.

The report said the Russians offered rewards for successful attacks last year, at a time when the U.S. and Taliban were holding talks to end the long-running war.

Global News has not independently verified any of the allegations in the report.

“The truly shocking revelation that if the Times report is true, and I emphasize that again, is that President Trump, the commander in chief of American troops serving in a dangerous theatre of war, has known about this for months, according to the Times, and done worse than nothing,” Biden, the presumptive Democratic nominee, said during a virtual town hall.

The White House said neither Trump nor Vice-President Mike Pence was briefed on such intelligence.

“This does not speak to the merit of the alleged intelligence but to the inaccuracy of the New York Times story erroneously suggesting that President Trump was briefed on this matter,” press secretary Kayleigh McEnany said in a statement.

The Times quoted a Taliban spokesman denying that its militants have such a deal with the Russian intelligence agency.

The newspaper, citing unnamed officials familiar with the intelligence, said the findings were presented to Trump and discussed by his National Security Council in late March. Officials developed potential responses, starting with a diplomatic complaint to Russia, but the White House has yet to authorize any step, the report said.

Biden slammed Trump over his reported failure to act.