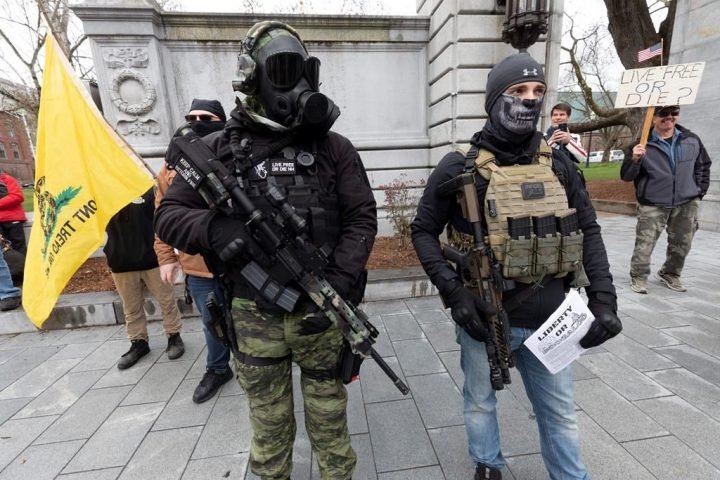 Far-right extremism is by far the most common ideology behind terrorist incidents in the United States, according to a new analysis

In a report released last week, the Center for Strategic and International Studies (CSIS) analyzed 25 years of domestic terrorism incidents, finding that “right-wing attacks and plots account for the majority of all terrorist incidents in the United States since 1994,” outpacing terrorist acts by all other sources such as “far-left networks and individuals inspired by the Islamic State and al-Qaeda.”

Furthermore, the report found that occurrences of these right-wing attacks have since grown significantly in the past six years, with far-right extremists perpetrating two-thirds of attacks and plots in 2019, and 90 per cent of all incidents between Jan. 1 and May 8 in 2020.

The researchers behind the report, titled The Escalating Terrorism Problem in the United States, also concluded that domestic terrorism in the U.S. would likely increase over the course of 2020 due to events like the current anti-racism protests, as well as disputes over the economic shutdown amid the spread of the novel coronavirus.

“One of the most concerning is the 2020 U.S. presidential election, before and after which extremists may resort to violence, depending on the outcome of the election,” the report stated.

“Far-right and far-left networks have used violence against each other at protests, raising the possibility of escalating violence during the election period.”

The report comes amid a wave of new terror schemes alleged to have been perpetrated by white supremacists and anti-government groups across the United States.

Most recently, several charges were levelled by the Justice Department against a U.S. army member who confessed to sharing confidential information with a satanic neo-Nazi group in an attempt to attack his own unit. The Army private, Ethan Phelan Melzer, was charged on Monday for collaborating with the Order of the Nine Angles, described by prosecutors as an “occult-based neo-Nazi and racially motivated violent extremist group,” according to the New York Times.

There is also the case of Patrik Mathews, a former Canadian Armed Forces combat engineer who had vanished in 2019 following a report by the Winnipeg Free Press alleging him to be a recruiter for The Base, a notorious neo-Nazi, white-supremacist group operating worldwide.

A former FBI agent has since likened the danger the group poses to that of the Islamic State following the arrests of Mathews and two other alleged members in January after they had discussed plans to travel to and incite violence at a pro-gun rally in Virginia. Three other men linked to The Base were also charged with conspiring to kill members of Antifa, an umbrella term used to describe the number of militant far-left, anti-fascist groups.