South Korea has entered its 2nd wave of coronavirus. What can Canada learn? 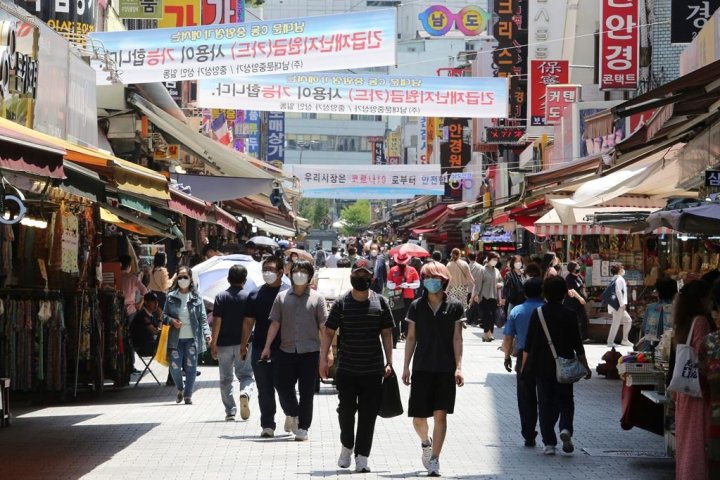 Earlier this week, South Korea became the first country to officially announce a second wave of the novel coronavirus after a recent resurgence of cases.

Jeong Eun-kyeong, director of the Korea Centers for Disease Control and Prevention, said during a briefing Monday the new wave stemmed from multiple nightclub visits during a holiday weekend in early May, and is concentrated in the greater Seoul region, an area which had previously seen few cases despite its dense population.

“In the metropolitan area, we believe that the first wave was from March to April, as well as February to March,” Jeong said. “Then we see that the second wave, which was triggered by the May holiday, has been going on.”

So what can Canada learn from South Korea’s waves so far? Experts say it should serve as an example of how to test and what to look out for after reopening.

Canada is currently at the tail end of its first wave, with the rate of infection dropping across provinces and territories. Some provinces, like Prince Edward Island and Newfoundland and Labrador, haven’t recorded new COVID-19 cases in weeks.

If cases were to start rising, Canadian public health officials would need to decide whether the country is actually in its second wave, or just a continuation of the first.

In order for there to be a second wave, there needs to be a severe case increase in an area where the virus appeared to have been naturally wiped out, and return as a new variation of itself, Winnipeg epidemiologist Cynthia Carr told Global News.

Saturday’s numbers from the KCDC showed between 18 and 67 new cases of COVID-19 per day since June 9. New cases of the virus in South Korea dropped down to single digits in April, but the country has been recording new cases ever since.

The country’s quick response and robust testing were widely credited in March for keeping the current death toll at a low 280 in a country more populated than Canada, and South Korea appears to be continuing its methods into its second wave. The latest data from Johns Hopkins University showed South Korea had 12,653 confirmed cases — in comparison with Canada, which has just over 104,000.

Colin Furness, an infection control epidemiologist and assistant professor at the University of Toronto, said there are lessons to be learned from both of South Korea’s COVID-19 waves.

“To stop a pandemic, when it’s less contagious, it turns out you can do it two ways,” he said. “You can lock everyone down or you can test everyone. And you’ve got to commit fully to at least one of those.”