Canada, other democracies must unite in fight against online disinformation: minister 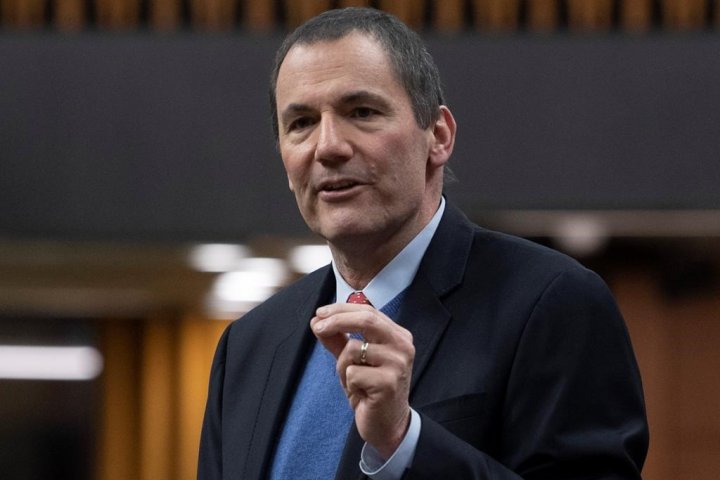 Canada, the United States and democracies around the world have lessons to share and plenty more to learn in what federal cabinet minister Dominic LeBlanc said Monday must be a collective, global effort to fight the scourge of online disinformation.

The federal Liberal government learned a lot from last year’s defensive measures against so-called “fake news” in advance of the October 2019 election, said LeBlanc, president of the Privy Council and the minister charged with keeping tabs on Canada’s democratic health.

The experience, he said, would be of help to the U.S., a country that’s no stranger to election interference from bad actors both domestic and foreign — and is hurtling headlong towards a presidential election in November widely seen as the most consequential in its history.

“Canada’s experience is that it takes a whole-of-government and a whole-of-society effort,” LeBlanc told a panel discussion hosted by the Institute for Data, Democracy and Politics at George Washington University.

“The strongest defence against threats to democracy is obviously an engaged and informed citizenry, and therefore a resilient public. Indeed, citizens in our view can be — with the right tools and awareness — the best bulwark against disinformation.”

The federal Digital Citizen Initiative mobilized academic and grassroots efforts to help Canadians better understand, recognize and root out disinformation, while intelligence agencies made public assessments of potential threats — a world first, LeBlanc said, predicated on the notion that “to be forewarned is to be forearmed.”

He said the government also streamlined its systems for identifying threats, tactics and vulnerabilities, sharing information with political rivals and G7 partners, and established a national security task force for recognizing and responding to foreign incursions.

“With the threat that is constantly evolving, no country can stand still,” LeBlanc said. “We’re hard at work evaluating these initiatives — what worked and what didn’t work as well as we would have liked in 2019 — in order to ensure that we’re ready for the next national election.”

Canada is also teaming up with Microsoft and the Alliance for Securing Democracy, a U.S.-based civil society group, on countering election meddling as part of the Paris Call for Trust and Security in Cyberspace.

Sasha Havlicek, chief executive of the Institute of Strategic Dialogue, a global think tank aimed at combating hatred, extremism and disinformation, cheered Canada’s strategy as an effective approach that mitigated the potential spread of bad information.

But the effort will be largely for naught, she added, unless and until social media platforms themselves grant overseers the chance to explore and evaluate the internal systems that Havlicek said are designed to favour titillating, sensationalist, extremist messaging.

“We desperately need third-party review of the systems and real robust transparency and oversight of the protocols that govern the information flows,” she said.