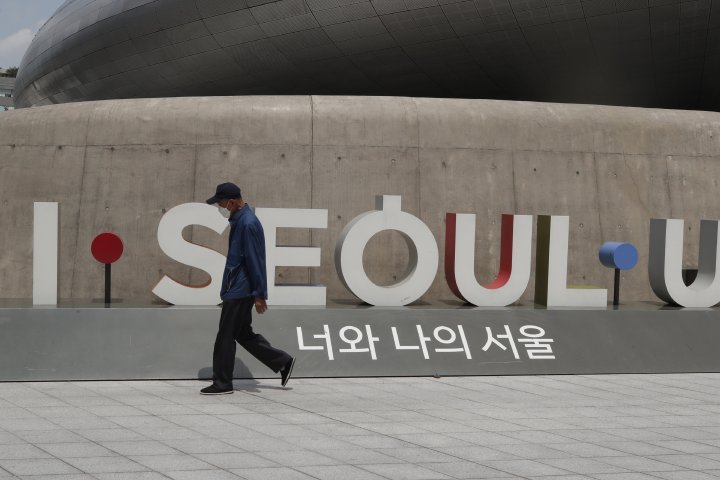 The figures announced by the Korea Centers for Disease Control and Prevention on Monday brought the national caseload to 12,757, including 282 deaths.

Twenty-four of the new cases were reported from capital Seoul and nearby metropolitan areas, which have been at the centre of a virus resurgence since late May. At least 12 of the new cases were linked to international arrivals as the virus continues to strengthen its hold elsewhere around the world.

South Korea was reporting hundreds of new cases a day in late February and early March following a major surge surrounding the southeast city of Daegu, where the majority of infections were linked to a single church congregation with thousands of members.

But while health authorities had used aggressive testing and contact tracing to contain the outbreak in that region, they are having a much harder time tracking recent transmissions in the Seoul metropolitan area, where about half of the country’s 51 million people live.

With people increasingly venturing out in public, new clusters are tied to a variety of places.

Health Minister Park Neung-hoo during a briefing Sunday afternoon announced that the government is prepared to implement stronger social distancing measures if the epidemic continues to grow.

He said the strongest measures — including banning all gatherings of more than 10 people, shutting schools, halting professional sports, and restricting operations of non-essential businesses — will be enforced if the daily increase in infections doubles more than two times during a span of a week.

Health authorities are using a saliva test while working against a coronavirus outbreak in Australia’s second-largest city. The test appears to be less accurate than the nasal swab but is a more comfortable option.

Victoria state Chief Health Officer Brett Sutton said the situation in Melbourne was “a genuine challenge now,” in part because the better situation elsewhere in Australia made it harder to tell people to stay vigilant.

Victorian Health Minister Jenny Mikakos said on Monday that 75 people had tested positive in the state in the latest 24 hours. She said the saliva test was first used in a Melbourne suburban hot spot on Sunday.

‘We should be concerned’: Experts sound alarm after coronavirus reignites global trade conflict