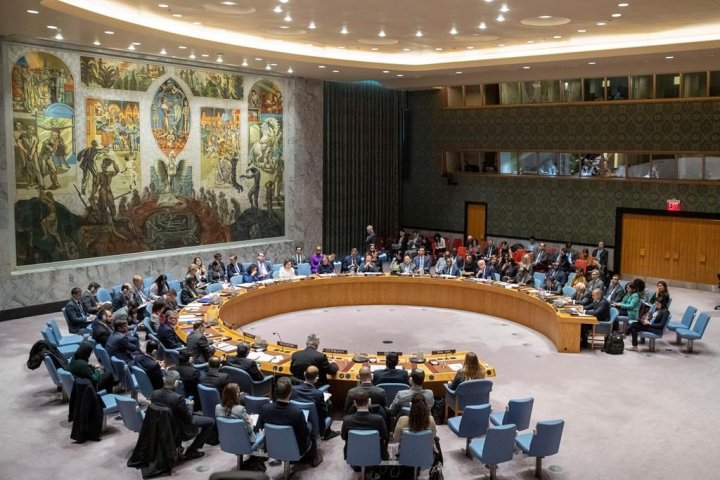 The U.N. Security Council is trying again to reach agreement on its first resolution on COVID-19 since the coronavirus started circling the global in February, after a lengthy dispute between the U.S. and China over mentioning the World Health Organization.

A revised draft resolution by France and China was submitted for a vote Tuesday and the result is expected to be announced on Wednesday.

The draft resolution backs Secretary-General Antonio Guterres’ March 23 call for global cease-fires to tackle the pandemic, and demands an “immediate cessation of hostilities” in all conflicts on its agenda including Syria, Yemen, Libya, South Sudan and Congo.

It calls on all warring parties “to engage immediately in a durable humanitarian pause for at least 90 consecutive days” to enable the safe and unhindered delivery of humanitarian aid and medical evacuations.

The draft resolution states that these measures do not apply to military operations against the Islamic State and al-Qaida extremist groups and their affiliates.

Guterres told a press conference last Thursday that his appeal for a global ceasefire has been endorsed by nearly 180 countries, more than 20 armed groups, religious leaders and millions of members of civil society.

“The difficulty is to implement it,” he said.

,The secretary-general said he and U.N. envoys are working together “to establish effective cease-fires and doing everything possible to overcome the legacy of long-lasting conflicts with deep mistrust among the parties and spoilers with a vested interest in disruption.”

You should also READ  100,000 evacuated as cyclone makes landfall in Mumbai, India

Repeated attempts to adopt a Security Council resolution have been stymied over a reference to the World Health Organization.

President Donald Trump suspended funding to WHO in early April, accusing the U.N. health agency of failing to stop the virus from spreading when it first surfaced in China. He said it “must be held accountable,” and accused WHO of parroting Beijing.

China strongly supports WHO and insisted that its role in calling for global action on COVID-19 be included in any resolution, diplomats said, while the U.S. insisted on a reference to “transparency” on COVID-19 and no mention of the WHO.

The draft being put to a vote doesn’t mention either the WHO, a U.N. health agency, or transparency.