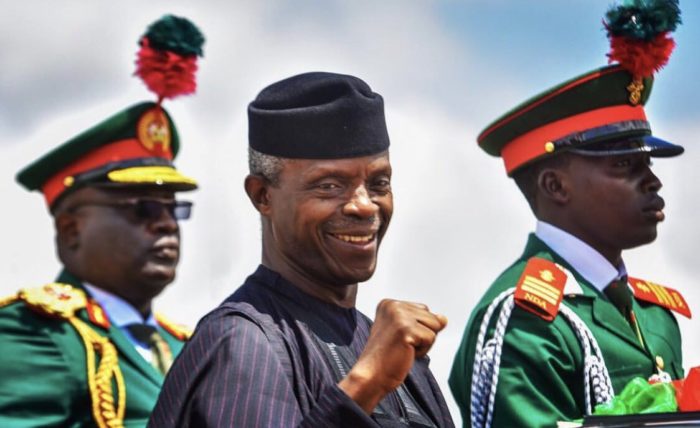 SimmonCooper Partners, the former law firm of Vice President Yemi Osinbajo SAN has denied a twitter  statement from one Jackson Ude claiming that the Secretary of the Economic and Financial Crimes Commission(EFCC), Olukoyede Olanipekun, a lawyer, once worked with the law firm.

Managing Partner, Dapo Akinosun in a statement said that there has never been anyone with the name Olukoyede Olanipekun in the history of the law firm. 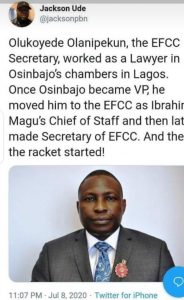 He referred to Ude as “an attention seeker”, and urged the public to ignore him.

Ude in his twitter account had claimed that Osinbajo influenced the employment of Olanipekun to EFCC as Acting Chairman, Ibrahim Magu’ s Chief of Staff, from where he was promoted as secretary of the commission.

Osinbajo has been under attack lately with wild claims linking him to one fraud or the other just to discredit him. Most of the claims however turned out to be lies.