U.S. President Donald Trump and a top Senate Republican are pushing Congress to preserve the names of military bases that honour Confederate generals, even though the House and Senate have overwhelmingly approved bills that rename them.

Trump said in a tweet Friday that he had spoken to Oklahoma Sen. Jim Inhofe, the Republican chairman of the Senate Armed Services Committee, “who has informed me that he WILL NOT be changing the names of our great Military Bases and Forts, places from which we won two World Wars (and more!).?

Like him, Inhofe “is not a believer in ‘Cancel Culture,’ ” Trump said.

Inhofe, a staunch conservative and close Trump ally, also opposes the name change, even though he led Senate approval of the defence bill that would mandate name changes at Fort Bragg, Fort Benning and other Army posts named for Confederate generals.

Inhofe told The Oklahoman newspaper that he spoke with Trump on Thursday about the base names, adding: “We’re going to see to it that provision doesn’t survive the bill. I’m not going to say how at this point.”

Defence policy bills approved by both the House and Senate would change the names of 10 Army posts that honour Confederate leaders. The two versions must be reconciled, but both bills were approved by veto-proof margins this week.

White House press secretary Kayleigh McEnany said Friday that the White House would “leave that to Senator Inhofe as to how that works legislatively speaking,” but said Trump “was assured by Sen. Inhofe that that (provision) would be changing and that Republicans stood with the president on this.”

The top Democrat on the Senate Armed Services panel said Trump was “on the wrong side of history” trying to defend traitors who “fought to preserve slavery.”

“The diverse men and women of today’s United States Armed Forces are united in defending our nation and serving a cause greater than themselves,” said Sen. Jack Reed, D-R.I. “We should put their interests ahead of those who fought to preserve slavery.”

If Trump vetoes a bill with a 3 per cent pay raise for U.S. troops “in an attempt to get his way, it will severely backfire and he should be overridden by Congress,” Reed said.

Forty-nine GOP senators voted for the defence bill that includes the base-renaming, while just four Republicans voted against it. Thirty-seven Democrats supported the bill, and 10 opposed it. The US$741 billion measure would authorize all defence programs worldwide. 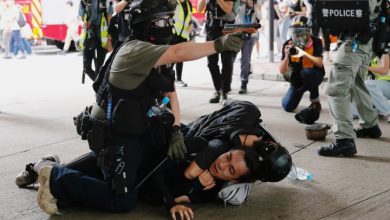 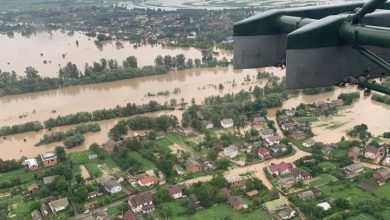 3 killed, hundreds evacuated due to powerful flooding in Ukraine 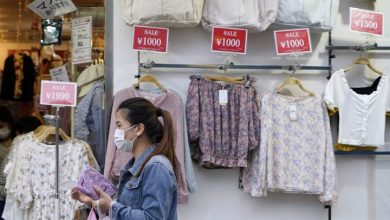 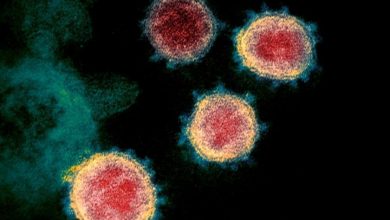