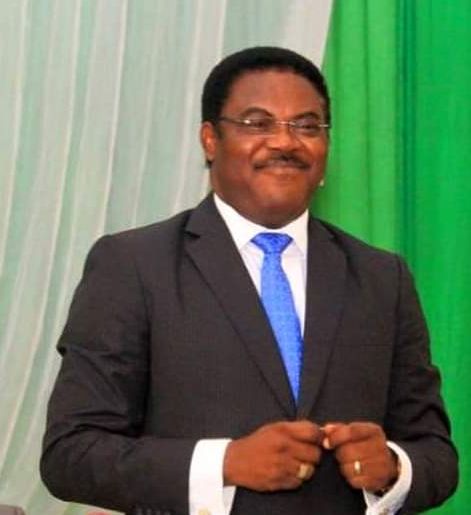 A new twist was on Tuesday added to the controversy sorrounding the Nigerian Bar Association(NBA) 2020 elections as a presidential candidate, Mr Dele Adesina SAN demanded for the report of the Board of Trustees on his petition wherein he accused the Electoral Committee of the Association(ECNBA) of deliberately rigging the elections in favour of the presumed winner, Mr Olumide Akpata.

The Chairman of BoT, Dr Olisa Agbakoba SAN in a reply to Adesina’s petition had stated; “We note that the elections were not perfect. We reviewed your petition and note that it raises serious issues. Nonetheless, our advise will be the overall interest of the Bar should be paramount on the mind of every Nigerian lawyer and to that extent, we urge that all lawyers and no less the candidates be mindful of the need to promote a cohesive, united, and strong Bar. We regret that we are unable to advise that the election should be canceled in the overall interest of the Bar”.

However, there are indications that the BoT report may have been tampered with as Adesina demanded for a report of the meetings and decisions taken my members.

The tone of  Adesina’s letter requesting for the report of  the. BoT suggests that Agbakoba’s letter may not be a true reflection of the position of the BoT.

You should also READ  Insecurity: Utomi, Nwosu, others call for national dialogue

It reads: RE: DELE ADESINA SAN’S PETITION TO THE NBA BOARD OF TRUSTEES

DEMAND FOR THE TRUSTEE’S REPORT

I received a letter from the Chairman of the NBA Board of Trustees, Dr. Olisa Agbakoba, SAN, on the 17th and 19th of August, 2020 wherein the Board of Trustees conveyed their decision to me stating inter alia that the Petition that I sent to them raised many general and specific allegations and that the Petition raised very serious issues. They also said that they have given careful consideration and deeply reflected on the Petition and all its responses. They confirmed that the NBA 2020 Election was marred by substantial irregularities and that the Election was imperfect. Nevertheless, they pleaded that we should move on in the interest of the Association in other to promote cohesion and unity.

I immediately put a call through to the Chairman of the Board of Trustees, Olisa Agbakoba, SAN, to request for the Committee’s Report detailing out their findings and recommendations since the same did not accompany their letter. Surprisingly, the Chairman has been dillydallying, wavering and vacillating on this. He made promises to send the Report to me and I believed him unknown to me that the promises were false. On Saturday, the 22nd of August 2020, in response to his specific request, I sent a letter demanding for the Report as of right. Yet, the Report was not forwarded to me. This afternoon, I sent him the following text: *“I am really at a loss to know what interest you are serving by this singular act. I will be forced to do what I otherwise do not want to do on this matter. You are withholding what you ordinarily ought to have sent to me since August 19 with your decision.”* This is Dr. Olisa Agbakoba, SAN’s reply: *“I am bound by the decision of the Trustees and the decision is not to release. So I have to follow it and please note it is nothing personal!”*

You should also READ  "The Nigerian government is crippled and lacks leadership" - Prof. Utomi

It is completely strange to me that a committee will sit on a petition, deliberate on the petition, make specific findings on the allegations contained in the petition and fail to make their report available to the petitioner not to talk of making the report public as it should ordinarily be.

Does it occur to Dr. Olisa Agbakoba, SAN, that every single Lawyer has a stake in the Nigerian Bar Association? Does it occur to him that I, being the Petitioner of the Petition they deliberated upon, am entitled to a copy of the Report as of right? Does it also occur to him that as the Chairman of the Board of Trustees of the Nigerian Bar Association, he is responsible to the entire Nigerian Lawyers and not to the dictates of the cabal who plunged the Association into shame and reproach every two years since 2016, two of whom he is acting in concert with on the Board to suppress the Report? His concealment of this Report is indicative of how damaging the Report is to those struggling very hard to preserve the lawlessness and the fraud that characterised the 2020 NBA Election; hence, their determination to see to it that the Report is not given to the Petitioner talk less of making it public to all Lawyers.

As an individual, I was already planning to stop talking about what the devil has done regarding this matter and was beginning to talk about what God will do in response to the uncountable appeals and honest persuasions from some of our highly respected members in the Profession but for this undeserved provocation of an attempt to suppress the truth. There must be a limit to impunity and arbitrariness. For the umpteenth time, I demand and Nigerian Lawyers demand for the full Report of the Board of Trustee’s deliberations. This is the minimum requirement for honesty of purpose, truth, justice and integrity.