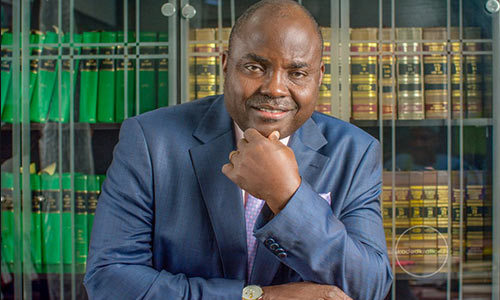 Our justice system needs thorough review. There is no need approaching the seat of justice when all you get is technical justice that does not examine and appreciate the merit and issues in the causes or matters.

There is no need celebrating technical victory or justice because in the long run those principles will turn round to hurt all of us. Part of the reasons why both the executive and legislative arms of government treat Nigerians with contempt and disdain is because we have justice system that does not serve the people with pure and undiluted justice.

For instance if any one who is led to believe that policies and programmes of governments are being done or run in breach of the overall interest of the people and contrary to law and constitution can be allowed to ventilate such grievances without being denied a hearing under locus standi, governments will behave well.

But most causes and matters are always denied opportunity of merit based hearing because of this and other anachronistic legal jargon that do not give justice to Nigerian people.

The popularly held beliefs of most Nigerians today outside of the legal profession is that the judiciary and our judges are not free from political and societal influences and that justice in Nigeria is for the highest bidders or those who have the means of production.

Whether that is true or not is outside my power to conclude. But where people begin to think that the judex is compromised or that justice is not served or that judgements delivered go against facts that are too notorious to be denied, then the confidence of the people in judicial processes is thus eroded.

That is why it is said that justice is rooted in confidence and where right thinking members of the society are led to hold the notion that the judex has been compromised, then justice is denied.

Today our justice system has developed some principles of law that have constantly denied justice to the people who seek it at the seat of justice.

Why is it that in elections petition cases our judges will be insisting and demanding that you call polling by polling unit evidence when in most cases the violence and thuggery associated with elections are so obvious that even the blind and the deaf know what politicians do in our elections? The pretences of our judicial system to deal frontally with real issues in cases that have come before the courts is gradually and almost killing our practice of democracy. The brand of democracy being encouraged by our legal system seem to me to be completely different from the kind of democracy we copied from the civilised world.

You should also READ  Akinjide: Judicial dynamics of political arithmetic- the 12 2/3 conundrum

Nigeria is about the only country I know where wrong doers can dare you to go to court because they know or have reasons to know that to get justice in our unjust system is like a camel going through the eye of the needle. I think as Legal Practitioners we have a burdened duty to show the light for others to follow for overall development of our nation Nigeria.