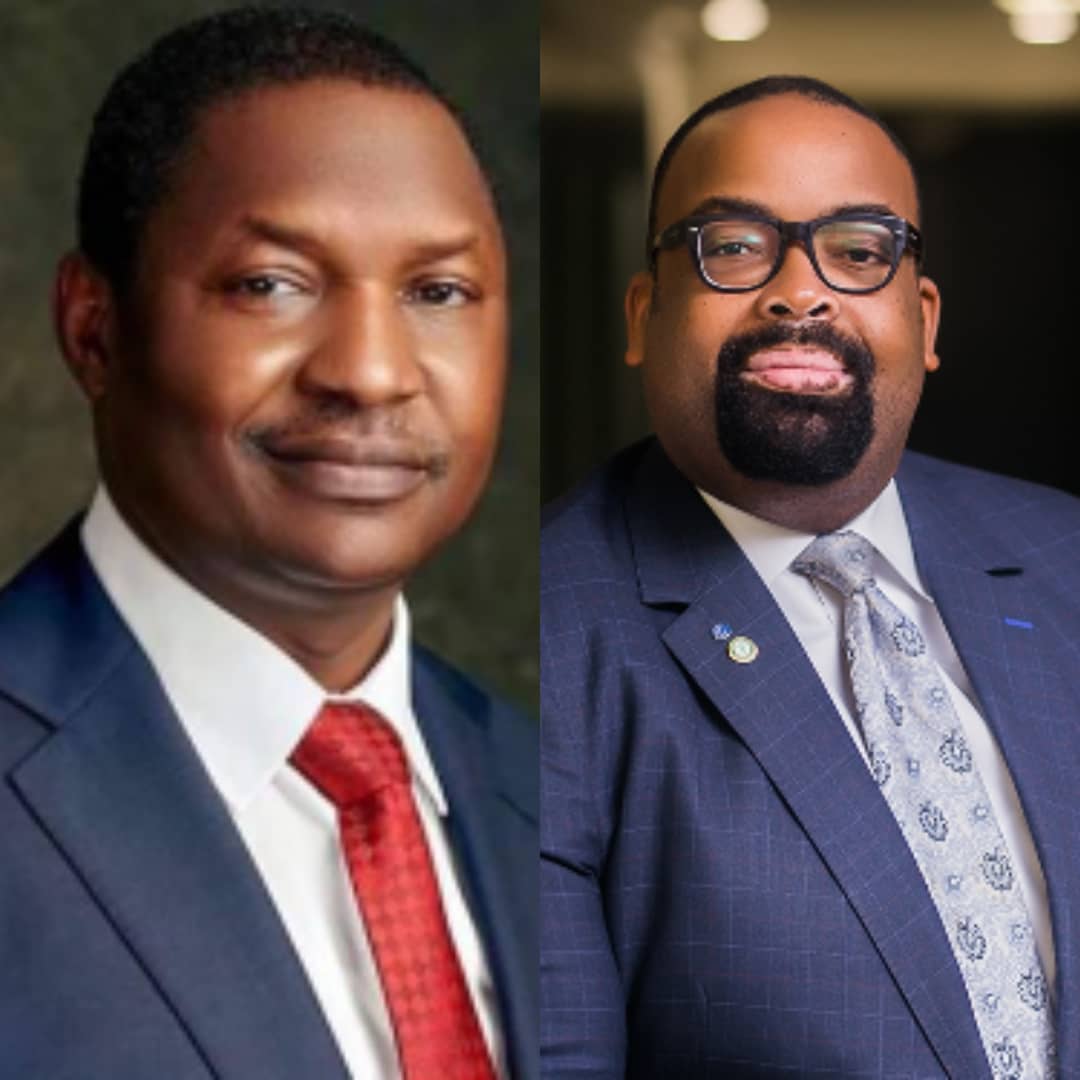 The Attorney General of the Federation, Mr Abubakar Malami SAN, and the leadership of the Nigerian Bar Association (NBA) led by its President, Mr Olumide Akpata may be on collision course over the amendment of the Rules of Professional Conduct signed into law by the AGF on September 3, 2020. Mr Akpata on Sunday, September13, 2020 directed members of the association to ignore the me rules.

The NBA had been embroiled in controversies since its elections in July 26-29 that produced the current leadership. The election was alleged to have been rigged in favor of the winner, Akpata. A contestant for the presidency of the association, Mr Dele Adesina SAN had petitioned the Board of Trustees, but in a report alleged to have been doctored, the BoT decided to allow the election, saying its powers are only advisory, and it is in the interest of the unity of the Bar.

The controversy generated by the flawed election has yet to abate when the then outgoing President, Paul Usoro SAN, apparently under pressure withdrew an invitation extended to Kaduna State governor, Malam Nasir El-Rufai as a speaker in its 60th Annual General Conference. The withdrawal generated political, ethnic and religious heat to the extent that Northern Nigerian lawyers balked from the association and formed a New Nigerian Bar Association (NNBA).

The new leadership under Akpata has been trying to quel the rebellion only for the Body of Senior Advocates of Nigeria(BOSAN) to set up a committee to look at the complaints of rigging of elections since 2016. When it was accused of setting up a parallel body, BOSAN cleared the air by stating its own body will partner with the new NBA leadership.

All these were ongoing when the AGF amended the RPF. The gazette marked S.I N0.15 of 2020 dated September 3, 2020, stated in part: “In exercise of the powers conferred on me by section 12(4) of the Legal Practitioners Act Cap L11, LFN 2004 and of all other powers enabling me in that behalf, I, Abubakar Malami, SAN, Attorney General of the Federation and Minister of Justice and President, General Council of the Bar, make the following rules:

“These rules may be cited as the Rules of Professional Conduct for Legal Practitioners (Amendment) Rules, 2020.

With this amendment, Malami effectively removed the requirement for the NBA stamp and seal on court processes, one of the major sources of revenue for NBA. Before now, membership of the NBA was compulsory for all lawyers and the stamps and seals were sold at N4,000 for 72 pieces and were given upon payment of NBA dues. Without the stamp, a lawyer could not submit any document or letter to the court and the sale of the stamp and seal was one of the major sources of NBA’s revenue.

With the amendment of the process by Malami, the use of the stamps is no longer necessary. This also implies that persons who are not members of the NBA, including non-lawyers, are allowed to submit court processes.

However, reacting to the amendment, Akpata urge lawyers to calm down as no authority or approval was given for the amendment of the RPC. He said they should “continue to conduct their affairs in the same manner as they did prior to the issuance of the Instrument”.

The statement of Akpata reads: “I have seen and read Statutory Instrument No. 15 of 2020 (the “Instrument”), making the rounds on social media and which purports to amend certain provisions of the 2007 Rules of Professional Conduct for Legal Practitioners (RPC);

Since the Instrument was released, I have received numerous calls and messages from lawyers across the country seeking clarification and guidance on the purport of the Instrument;

The explanatory note to the Instrument suggests that it was done to bring the RPC into conformity with the provisions of the Legal Practitioners Act, the Law Officers
Act, and the Constitution of the Federal Republic of Nigeria, 1999 (as amended);

For the avoidance of doubt, the Legal Practitioners Act (as amended) confers the power to issue rules of professional conduct for legal practitioners, and any amendments thereto, on the General Council of the Bar (the “Bar Council”);

Consequently, the RPC and any amendments thereto may only be validly issued after it has been deliberated upon and approved at a properly convened meeting of the Bar Council;

To that extent, our position is that no authority or approval was given for the amendment of the RPC;

Consequently, the NBA maintains that the RPC has not been amended and enjoins all legal practitioners to remain calm and continue to conduct their affairs in the same manner as they did prior to the issuance of the Instrument;

Let me assure our members that I am engaging closely with the HAGF on this issue and will provide further updates on our next steps in the coming days;

Indeed, as part of the commitment of the current administration of the NBA towards the welfare and capacity building of members and the overall improvement of the Bar, we intend to propose certain amendments to the RPC that will be critical to the attainment of those objectives;

However, in doing this, we will ensure to carry our members along with a view to getting their buy-in as critical stakeholders”.

But a member of the General Council of the Bar, Mr Jibrin Okutepa SAN accused members of the association of inconsistency in their approach. “I do not think we as members of the legal profession are consistent in our stand and condemnation of illegally and usurpation of functions particularly on the alleged amendments said to have been made to Rules of Professional Conduct in the Legal Profession 2007;

This morning I woke up to read from social media that the Hon the Attorney General of the Federation has amended the Rules of Professional Conduct in the Legal Profession 2007;

I am yet to confirm this. But if the amendments done are indeed at the instance and by the Hon Attorney of the Federation, then I see the condemnation by some legal Practitioners as belated and not well rooted in good faith.

The reason is simple. As lawyers we must be consistent in our stand and positions. I had said before that the appropriate organ saddled with the duty and responsibility to issue and make the Rules of Professional Conduct in the Legal Profession is the General Council of the Bar pursuant to section 12(4) of the Legal Practitioners Act as amended by law No 21 of 1994.

Because that Rules conferred more financial advantages on our Association NBA, nobody took my stand and few other lawyers serious when we spoke that the Rules was not issued in accordance with due process of law. I recall Prof Ojukwu SAN speaking on this at one NBA functions.

Under the 2007 Rules, I had the privilege to lead the prosecution of lawyers who committed Professional misconduct and some were debarred and some suspended from practice.

Okutepa proceeded: “Where were the eagle eyes of the legal profession gone to when the previous Rules that conferred financial advantage on our Association was being used? Have we not over the years accepted as correct wrongs and rots in our profession?

I do not want to think and believe that it is because the amendment if true is attracting our pious and eagle eyes now because it is likely to deny our association financial benefits. We must be consistent in what we do and challenge illegality and usurpation of powers even when such usurpation is to our professional Association advantage. It is then I can follow properly. For now we are estopped from challenging the power of AGF to issue us new Rules. Am just trying to make sense”.