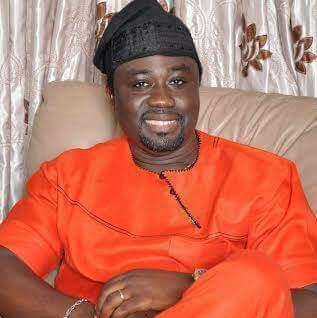 Okojie, an international businessman and a prince of Uromi in the Esan North East Local Government of Edo State is also a grassroot politician leading his Esan people to support his party and its candidate. An ardent loyalist of former APC Chairman, Comrade Adams Oshiomole, Prince Okojie believes that APC is the best party for Edo State,where his Esan people will thrive.

Although he is yet to occupy a public office, Prince Okojie in 2016 lobbied for the post of Deputy Governor of Edo State but lost. In 2019, he also won the ticket of his party to represent his constituency at the House of Representatives, the ticket was taken away from him through high wired politics.

Prince Okojie is very sure that the APC candidate will win the gubernatorial election. “Elections can be won and they can also be lost, but in this coming election, I can assure you that APC is winning. There is no doubt about that. The people in my place have already accepted APC as their party. They are going to come out to support the party and make sure that we have victory. Governor Obaseki failed in all ramifications because he does not even know what it is to be a leader. He lacks leadership skills and all he does is fight and that’s not the way to go about politics. Politics is about knowing your people and your people knowing you in return. From what I can see, he is not on ground but our candidate, Pastor Osagie Ize Iyamu is going to win this election, undoubtedly”.

He also dismissed fears that the election may turn out to be violent. “This election is going to be peaceful and the truth of the matter is that all you see or hear on social media are mere speculations. I’ve said it before that elections are not won on social media. You guys living outside Edo state are not from here and you would not be coming here to vote. We have our PVCs already and the voting process is going to be as peaceful as possible. There is no violence whatsoever and I can assure you that at the end of the day, the victory would be ours”, he said.

Prince Okojie can lay claims to knowing the will of his people. As a businessman and grassroot politician, he has contributed immensely to the development of Uromi, his hometown, a town he loves so much. To him, all politics is local, and as a politician, one must always be there to uplift his people.

He said: “My personality influenced me into politics. You see, there are different ways to play politics, and there are different reasons to go into politics too. My political agenda is clear, and it is the message that I tell anyone I come in contact with. I’m into politics to be able to develop my immediate community and to be able to empower the people living in my community. I am a local politician but I am also a statesman aspiring to be a state leader very soon. Part of my manifesto is to develop Uromi, which is my immediate community. At the same time, I am a versatile politician with a national outlook.

And he has been very visible in the development of Uromi and its environs. To him, Uromi is the heartbeat of Edo State and Edo state is the heartbeat of Nigeria. Invariably, Uromi is the heartbeat of Nigeria. In the past, we have had big politicians that Uromi has produced. Despite the fact that he is yet to occupy a political office, he has been empowering the people, especially women, “I’ve tried my best to empower people in my community; women, traders, artisans and youths. In politics, you know what they do is to engage youths for violence but I have tried my best to get youths off the streets. I have a program solely dedicated to this cause called, “Taking the Youths off the Streets” and what I do is to get them out and advise them to drop their guns or weapons, and I set up in various businesses. He is also very supportive of the Mercy Johnson Okojie Foundation for children and widows. He also set up Prince Odi Okojie Empowerment Scheme of which over 200 women had benefited.

You should also READ  Gadzama declines BOSAN appointment, says "I have my own story to tell"
Tags: APCEdoelectionIze-IyamuMercy JohnsonObasekiOshiomolePDPPrince Okojie