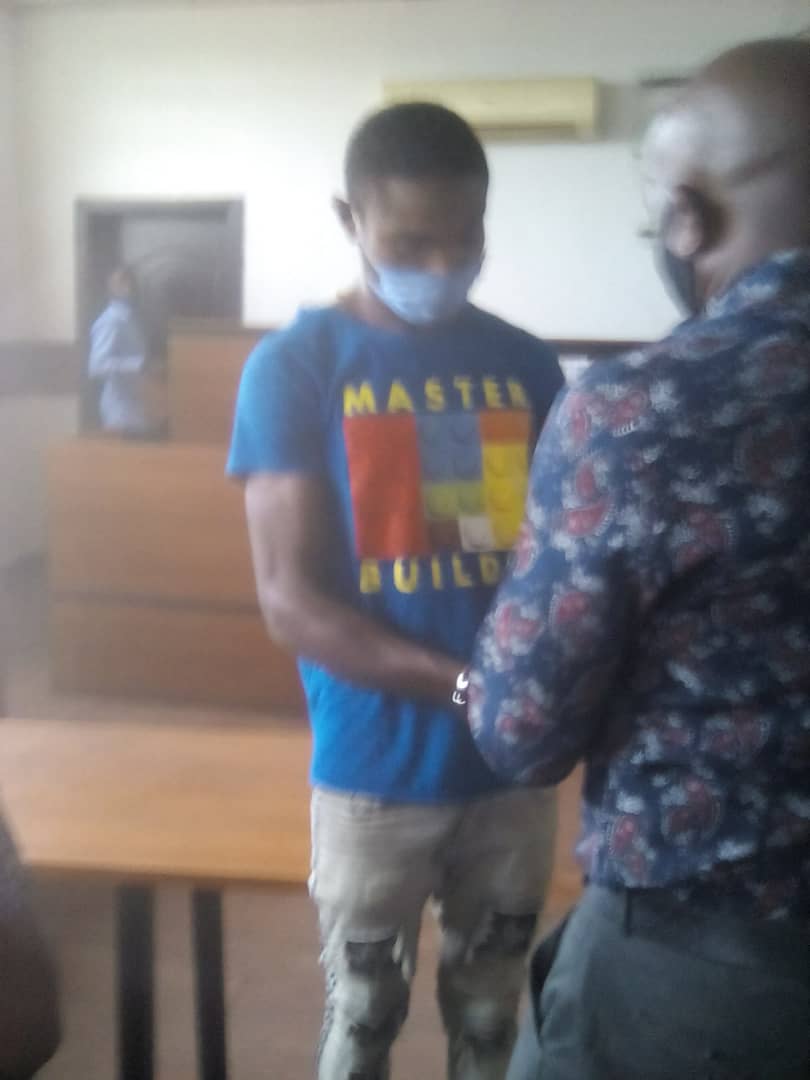 An Ogba Magistrate Court on Monday sentenced a 21 old man, Promise Okeke to nine months imprisonment for breaking into a phones shop at Ikeja, Lagos.

Okeke was arraigned on a three count charge of breaking and stealing of phones from a shop belonging to one Mr Rotimi on Simbiat Abiola road, Ikeja Lagos.

Police prosecutor, Emmanuel Patrick told the court how Okeke and another person broke into the shop and carted away iphones, computers and other goods worth N886,000. He said the offence was committed on July 29, 2020. According to the prosecutor, Okeke made a confessional statement to the police where he claimed that he was introduced into shop breaking by his friend. He claimed that his friend invited him for the burglary in the night. “We came with heavy pinches with which broke the doors and carted away the goods. Okeke prayed for forgiveness saying he regretted his actions. “This is my first time”, he said.

The magistrate, Mr L.A Owolabi sentenced Okeke to three months imprisonment on each of the charges. He however gave him an option of fine of N50,000.00, and that Okeke should pay a sum of N200,000.00 back tje owner of the shop, Mr Rotimi. The magistrate also ordered the prosecutor to produce the person who bought the phones from Okeke in court.

The magistrate upbraided the defendant saying while his mates were busy selling in traffic to make ends meet, he was busy breaking shops and living the life of a criminal.

The magistrate however warned  the prosecutor not to hand over Okeke to Correction Center until Covid19 test is conducted and he is certified covid19 free before he could be taken to begin to serve his sentence.