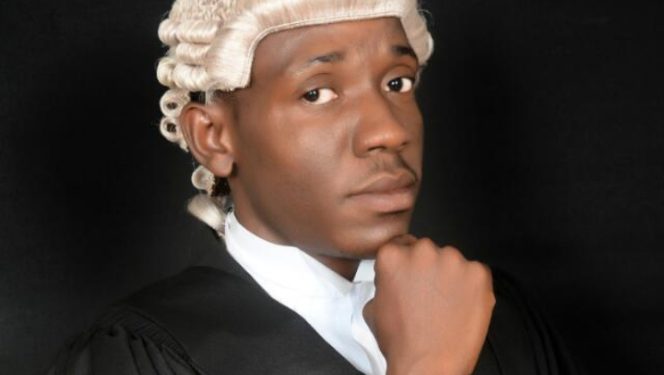 This Article aims at giving you a sneak peek on some important provisions of the Armed Forces Act and Rules, especially as it relates to practices and procedures at Military Court Martials.

The Nigerian Armed Forces is primarily governed by the Armed Forces Act Cap A20 LFN 2004 and is comprised of the Nigerian Army, Navy and Air Forces. A breach of any of the provisions in the Act and other ancillary rules/ orders, regulations enacted pursuant to the Act is a ground for a field trail, summary trial, or full trial before a Court Martial.

The Court Martial itself is an ad-hoc panel set by a Convening Authority after preliminary investigation. It is only set up to try persons who are subject to service law. By service law, it is meant, those in active military service. It does not matter whether such officer is within or outside the Nigerian territory, so far the soldier, rating or aircraftman is a Nigerian, the Act applies.

Similarly, the Act applies to foreign officers on temporary attachment to any of the Nigerian forces, to wit; the Nigerian Army, Navy or Air Force. The President may however modify the application of the Act by an order.

Usually, before a Military Court Martial is constituted by the Convening Authority, the Accused/Defendant’s Unit Commander, Commanding Officer, or any other authorised superior officer as the case may be, would have either personally investigated the complaint(s) or petition(s) against the Accused/Defendant or, referred the matter to the Military Police, a Board of Inquiry or Regimental Inquiry.

It is after the investigation that decision as to what form of punishment to award, or type of charge to prefer against the Defendant would be determined by the Convening Authority or superior authority as the case may be.

The Court Martial is constituted by the Convening Authority, usually the President and Commander in Chief of the Armed Forces, the Chief of Defence Staff, Service Chiefs, General Officer Commanding a Division (or equivalent rank) etc. This power to convene a Court Martial is also delegable. Usually, the gravity of the offence charged, the rank of the Convening Authority and availability of officers go a long way in determining the type of Panel to be convened; thus, the Court Martial may be a General (made up of at least five members) or Special (made up of at least three members) Court Martial.

The reasoning behind the odd number composition is commendable as it would amongst other things; prevent a tie during the Court’s finding/judgment (even though the President of the Court Martial has a second or casting vote in cases of equal votes on a sentence, other than the finding). It is also not unusual to have members of sister forces serving as members of Court Martials convened by another sister force, this is a common practice at the Defence Headquarters.

Members must be persons not below the rank of the Defendant. I.e., officers in the Panel must be above, or in the same rank (or its equivalent in a sister force) as the Defendant, and of superior seniority. In other words, a lower rank to the Defendant cannot be a member, except in very extreme circumstance(s).

Section 137 of the AFA provides for administration of oath, or affirmation (in certain circumstance, i.e. religious reason) on the Officers and other persons in attendance at the Court Martial such as the Judge Advocate, Waiting Member, Shorthand Writers, Interpreters (and videographer, as the case may be).

There is an interesting provision in the Act that grants a Defendant the right to challenge the membership of the Court Martial if he has reasonable ground(s) to believe that members of the Panel would not be fair in coming to a just determination of his case. This provision is similar to the rule against bias and fair hearing, expounded in R. v. Sussex by Hewart CJ when he affirmed that: Justice should not only be done, but also manifestly and undoubtedly seen to be done.

A decision which is a result of bias is a nullity and the trial is a Coram non judice. This reasoning was further buttressed by Lord Denning when he asserted that: Justice must be rooted in the confidence and the confidence is destroyed when right minded people go away thinking that the judge is biased. See also the case of Capt. Akanni v. Nigerian Army.

The palpable fear exercised above is not for nothing. This is because the Act donated a wide array of powers to the Convening Authority, as he is vested with the powers to decide the charge to be preferred, type of Court Martial to convene and the officers to be appointed. Hence, the palpable fear of ‘command influence’. In checkmating this, the Act provided amongst other things, the right of objection in the event of fear of bias, and exercise of the right to appeal in the event of any breach of any of the rights of the Defendant. In addition to the above provisions, Col. Bernard U. Okorie (Rtd) has also advised honourable members of the Panel to exercise strict observance of the principles of fair hearing provided in Section 36 of the 1999 Constitution.

Usually, the Nigerian Army, Navy or Air Force is the prosecutor on the face of the charge sheet, while the charge number is as given by the Force. In practice, the commanding officer, his delegate, or any other person he assigns, serves as the process server/bailiff. Interestingly, under the Act, there is an unusual distinction between civil and criminal offences. For instance, murder, manslaughter, robbery, arson forgery etc. are classified as civil offence. Thereafter, the Defendant is then arraigned before the Court after service of processes by the Prosecutor on the Defence just as in the regular courts.

The Evidence Act 2011 applies to Court Martials; hence parties and the Court are enjoined to adhere to it. I.e. the processes of examination-in-chief, cross-examination, re-examination, tendering of documents etc. are all required to be in tandem with the provisions of the Evidence Act. The provisions of the Administration of Criminal Justice Act (ACJA) 2015 are expressly not applicable to Court Martial proceedings. Interestingly, Court Martials are also enjoined to hold their trials in the open, thereby conforming to the constitutional provision of Section 36(4) of the 1999 Constitution. The Court may sit in camera on grounds of expediency or national security. What amount to expediency and national security is however a blurry area here. Perhaps, the fact of each case would be the determinant.

You should also READ  Farewell My Friend Akintunde Akinwale

Note that Court Martials are similar to regular courts in many respects. It is also true that; except for the Judge Advocate (JA), the honourable Panel members (Officers) usually have little legal adjudicatory experience. In light of the above, the Judge Advocate plays the major role of guiding the Court with respect to extant legal rules and procedures which the President usually accedes to.
Importantly, counsel should realise that all the deference accorded to regular courts must likewise be accorded to a Court Martial, as the Court has the powers to hold you or your client in contempt of its proceedings.

Thereafter, the JA informs the President of the case for the day (on the Cause List) after which the President orders the Defendant on the cause list to be marched in. The medical personal steps forward certifying the Defendant as fit to stand in for his trail. Then the proceeding commences.

Prosecuting and Defence counsel are to appear fully robbed and you are to address fellow counsel as ‘learned colleague/counsel’ and the President of the Court as ‘my Lord.