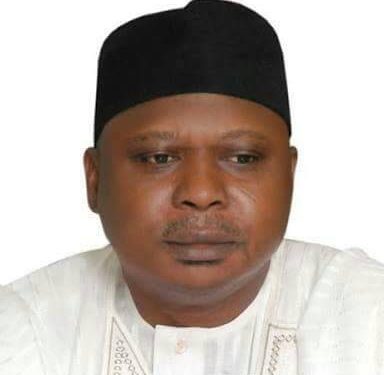 A Prosecuton Witness of the Economic and Financial Crimes Commission (EFCC) in the ongoing trial of the former Minister of Special Duties and Inter Governmental Affairs, Mr Taminu Turaki SAN told a Federal High Court in Abuja that due process was not followed in the payment of the N359 million approved for the sensitization of Muslim groups across the country.

The  witness,  Mr Vincent Odafe is the fifth prosecution witness of the Economic and Financial Crimes Commission (EFCC), made this revelation while been led in evidence by EFCC lawyer, Mr Farouk Abdullah before Justice Inyang Ekwo in the court on Thursday.

The witness said that there were flaws in the disbursement of the money. He said former President Goodluck Jonathan approved N359 million as part of the project to launder the image of the government through sensitization of some groups in parts of the country.

He said, “I am here to say what I know about the payment that was made on the N359m for sensitization of Muslim groups in 2015. While I was DFA (Director of Finance and Account), the Permanent Secretary then, Late Taiye Haruna, invited me to his office and said he was expecting special money from the Finance Ministry and that I should effect the payment because it is urgent;

“He gave me the list of accounts to be paid but I said there should be minimum documentation to be done before payment is made,” he said.

When asked by the prosecution what the minimum documentation is all about, the witness said: “There must be AIE (Authority to Incurre Expenditure) and there will be specification”.

According to him, in this case, there was no AIE. “There was an approval from the presidency of N359m but there was no subhead on what the money should be spent on. I told him that this special payment has a lot of flaws,” he added.

He said despite his explanation, Haruna insisted he should go ahead with the release of the money, threatening to report me to the Hon. Minister (Turaki) and that the Minister would report me to the President that I am delaying what the president approved.

He narrated further, “I went to the Minister myself to report myself and said this was what the permanent secretary said and I explained that I would do it only if there is minimum documentation, not just a sheet of paper. The minister looked at it and said I should go,”

Odafe, who said Haruna was not happy that he reported to the minister, said the document was later sent to the cashier to effect the payment.

“The document was not signed and we sent it back to Mr. Haruna to sign. Later, payments were effected and because it was a project, we made Mr Titus Okunriboye, a level 12 officer then, as project manager,”

The PW5 said he neither saw the proposal for consultancy services for the sensitization programme then nor was the award of the contrac supposed to be signed by Haruna, the permanent secretary.

“This document did not come to me at that time. If it came to me, that argument that the document was not there will not come up.

“I did not see the document for the award of the contract. And if it was to be signed, it is not the permanent secretary that should sign it; rather. it is the director of procurement,” he said.

He also faulted the letter of completion of the award of the contract, saying: “They were supposed to tell us the location, how many people were there, etc, to be able to know whether that event took place or not. All these will make me to authenticate the documents.”

He said though he was also a signatory to the account of the ministry then as director, “but most time, I don’t sign for control purposes.” He insisted.

The witness gave some of the names the payments were made to include: Abdullahi Bagudu with a Zenith Bank account, Abubakar Sani, Abdulraram Yusuf, Samtee Essentials Ltd, Community and Youth Development’s account with Unity Bank plc, etc.

Odafe however confirmed that all the payments reflected in the statements of accounts of the ministry, and identified Turaki and Okpetu, who were also in the courtroom, as the minister and the aide then.

It would be recalled that EFCC had on May 4, arraigned the former minister alongside his former Special Assistant, Sampson Okpetu, and two firms; Samtee Essentials Limited and Pasco Investment Limited, on 16 counts of money laundering.

The anti-graft agency alleged that the defendants used the companies to launder funds totaling about N845 million stolen from the two ministries where the minister held sway under the then administration.

However, Turaki and Okpetu have since pleaded not guilty to the charges.

Meanwhile, the trial Judge, Justice Ekwo has adjourned the matter till Nov. 9, 10, and 11 for continuation of cross- examination of the witness and trial.