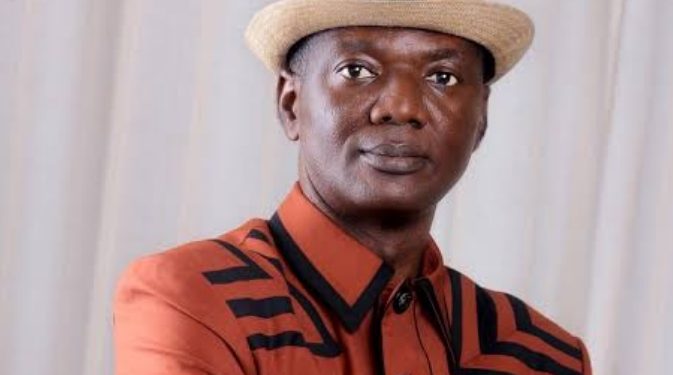 The Court of Appeal, Abuja on Friday reserve its Judgment  in the certificate forgery  case brought by the governorship candidate of Accord Party in Bayelsa State, Mr Ebizimo Diriyai, against the state Deputy Governor of Bayelsa State, Senator Lawrence Ewhrudjakpo.

The five man panel of the appellate justices led by Justice Adriza Mshella told the parties in the suit that the date of delivery of judgment will be communicated to them.

Sen Ewhrudjakpo had on Friday asked the Court of Appeal in Abuja to dismiss alleged certificate forgery suit brought against him by Diriyai.

Diriyai is challenging the August judgment of the Bayelsa State Governorship Election Petition Tribunal that dismissed his petition against the November 16, 2019 governorship election in Bayelsa State.

Responding to the appeal on Friday, the deputy governor informed the five man panel of Justices of the appellate court that the case of the Accord Party on alleged certificate forgery was statute barred having not been filed within 14 day required by section 285 of the 1999 Constitution as amended.

Ewhrudjakpo through his lead counsel, Chief Chukwuma Machukwu-Umeh, SAN, informed the court that what the appellant took to the state election petition tribunal was a pre-election matter but erroneously dressed it as a post election matter.

The senior lawyer said that in compliance with relevant laws, the Independent National Electoral Commission (INEC), published names of Bayelsa State governorship candidates and their running mates 60 days before the election for claims and objections from the general public.

Machukwu-Umeh stated that in breach of the law, the Accord Party governorship candidate did not file any claim or objection within 14 days allowed by law but only woke up in February, four months  after the election had been conducted and the winner made public.

Arguing further, Machukwu-Umeh stated that being a pre-election matter, the appellant ought to have filed his case at a  Federal High Court; High Court of the Federal Capital Territory (FCT) or High Court of a State.

Insisting that the appellant no longer has a live case against the deputy governor, the senior lawyer urged the five Justices to dismiss the appeal in its entirety for lacking in merit.

Specifically, Ewhrudjakpo’s lawyer asked the appeal court to uphold the findings of the tribunal and its judgment that the case of Diriyai was dead at the time it was instituted.

Similarly, INEC, Governor Douye Diri and the Peoples Democratic Party (PDP) who are the other respondents in the suit urged the appellate court to dismiss the appeal for being incompetent and a waste of the court’s time.

They in addition prayed the court to uphold the judgment of the tribunal which had earlier dismissed the Accord’s governorship candidate’s petition alongside three others.

But the appellant through his lawyer, Professor A. Amuda-Kannike, SAN, in adopting his brief of argument in the appeal prayed the five man panel to grant their request and set aside the unanimous judgment of the tribunal that dismissed their petition for lacking merit.

But after taking arguments of counsel in the matter, the panel presided over by Justice Adriza Mshella, announced that judgment is reserved, saying date of the delivery will be communicated to parties in the suit.

The three man panel of Justices of the Bayelsa State Election Petition Tribunal had in August, dismissed the petition of Diriyai, on the grounds that allegations of certificate forgery against the Deputy Governor, Senator Lawrence Ewhrudjakpo was not proved by the petitioner.

He had claimed in the petition that the deputy governor forged his NYSC exemption certificate, which he presented to contest the November 16 governorship election in Bayelsa State.

Diriyai then prayed the tribunal for an order disqualifying Diri and his deputy on the ground of the alleged forgery and declare him the duly elected governor having polled the second highest votes in the election.

But the three man panel presided by Justice Mohammed Sirajo dismissed the petition  on grounds that the allegations were not proved.

In defending the case, the respondents had called a staff of the National Youth Service Corps (NYSC), Mrs Keziah Okonofua, who testified that the Corps made correction to the name on the exemption certificate of the deputy governor, Senator Lawrence Ewhrudjakpo, at his request.

Okonofua, also tendered two letters written and signed by her on behalf of the NYSC’s Director-General to the Department of State Services (DSS) and the Nigeria police.

In the letter addressed to the DSS, dated March 10, 2020 the NYSC confirmed and reiterated that it corrected the deputy governor’s name.

The second one, addressed to the police, dated Dec. 20, 2019 also confirmed and reiterated that it was the NYSC that corrected the deputy governor’s name from “Ewhrudjakpa” to Ewhrudjakpo.