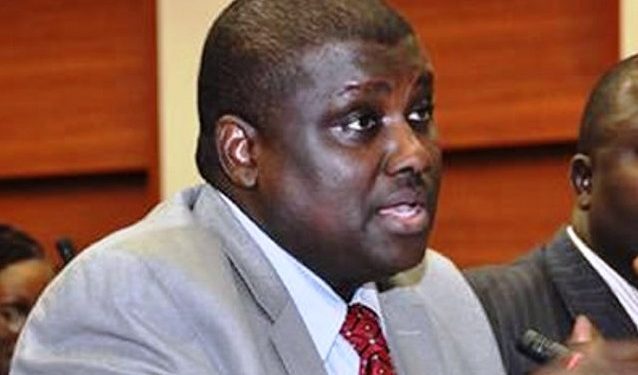 However, Maina surety, Sen. Ali Ndume, who is standing as surety for the ex-pension reformed boss, was present at the resumed trial on Monday.

Also, counsel to the parties came to court as earlier as 9 am.

Only last weekend, Maina’s kinsmen
demanded that the trial judge, Justice Okon Abang recuse himself from the case in the interest of justice and fairness.

To this end, they urged the Chief Justice of the Nigeria, Justice Tanko Mohammad, as a matter of urgency to wade into the matter.

Maina’s  kinsmen through their spokesman, Aliyu Maina, over the weekend, in a chat with newsmen in Abuja, accused Justice Okon Abang of being biased in his treatment of their son in the suit filed against him by the Economic and Financial Crimes Commission (EFCC).

They also alleged that the Chief Judge of the Federal High  Court, Justice John Tsoho, had failed to take off the case from Justice Abang, who according into them, had exhibited bias.

They said Justice Abang on 29th and 30th of September, 2020, respectively frowned at the absence of the former Pension boss from court inspite of tendering a medical report from Maitama District Hospital through his lawyer, showing that he is critically ill.

The Economic and Financial Crimes Commission (EFCC) had arraigned Maina (1st defendant) before Justice Abang, on Oct. 25, 2019, alongside his son, Faisal; and firm, Common Input Property and Investment Ltd.

Maina is facing 12-counts bordering on money laundering, but he had since pleaded not guilty to all the charges.

At the last sitting, the judge had ordered Ndume to produce Maina unfailingly at (Monday’s) proceeding, threatening that he would be forced to grant the EFCC’s prayers to revoke Maina’s bail and issue a warrant of arrest against him.

Earlier, the anti-graft agency had also prayed the court to make an order for the lawmaker to forfeit the N500 million bail bond to the Federal Government and be remanded in prison pending the time he was able to meet the pledge.