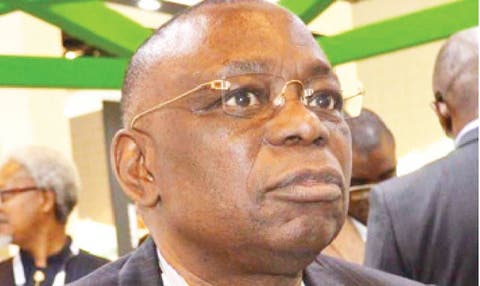 Less than a month after his death, land grabbers crashed into a property that belonged to the late founder of First Foundation Hospital, Dr Olutosin Ajayi, destroying structures erected on the land.

Dr Ajayi died on April 27, 2020 after a brief illness. He was the doctor who tried in vain to save the life of the renowned late journalist, Dele Giwa, after he was parcel bombed by suspected agents of the military junta of former military president, Gen Ibrahim Babangida.

However, two weeks after his death, land grabbers on May 12, 2020 entered into the land situate at Afolabi Awosanya Street, off Dehinsilu Street, Opebi, Ikeja, Lagos.

The late Dr Ajayi has been the legal owner of the land since 1975 which was duly registered with Lagos Land Registry as No12, at page 12 in Volume 1705 of the Register of Deeds.

Shortly before his death, the late doctor had sold a portion of the land to some people who wanted to develop the sold portion into an estate.

A lawyer, Mr Akinjide Isola, in a petition to the Lagos State Building Control Agency(LASBCA) stated that the incursion of the land grabbers was reported to the Assistant Inspector General of Police in charge of Zone 2 Police Command at Onikan, Lagos. The police instructed them (land grabbers) to stay away from the property pending when investigations would be concluded. Despite the police instructions, the land grabbers mobilized themselves and went back to the land, vandalized structures, materials, and started working day and night.

We informed the family of the deceased, the wife, Mrs Helen Prest Ajayi, the children, and his Personal Assistant and they were all surprised at the development”.

According to the petition, the land grabbers claimed to have obtained a court judgement since 1977. “They are now enforcing the judgment with armed hoodlums, and thugs whom they brought into the land to injure, maim, and chased away the workers. They vandalized the land, demolished the fence and materials on site after the death of Dr Ajayi”.

Concluding the petition, the lawyer stated: ” we humbly wish to bring the above to your attention and to notify you that the real owners of the property are law abiding citizens who are ready and willing to obtain all necessary building permits from your agency.

The matter is currently being investigated by the police and Lagos State government.