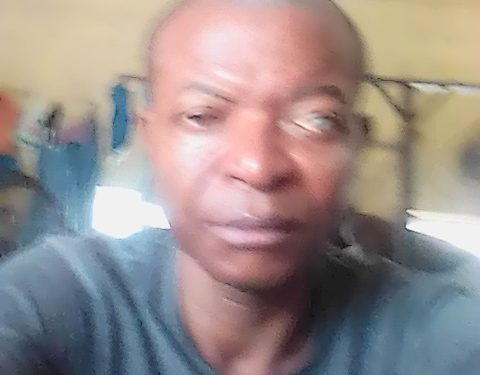 The passion by a father to have his son get education outside Nigerian shores has led him into trouble. Afolabi Nasiru Ademola is presently cooling his feet in Ikoyi Correctional Centre, and facing prosecution before an Ikeja High Court on charges of advance fee fraud and stealing for innocently getting on the wrong side of the law. Already he has spent more than 450 days in prison.

Ademola’s predicament started innocently and on a joyful note sometimes in 2018. A journalist who had worked both in Radio Nigeria, and The Guardian Newspapers, Ademola’s joy was full when his son gained admission into a Canadian University. It was an opportunity many had craved for that jumped on his lap effortlessly.

The day of peoples’ rage against a justice system

But there is this small problem. Apart from being an advert executive, he also runs a private nursery and primary school. He felt that with his cash flow, and money in the bank, he does not have enough to present before the Canadian Embassy in Lagos that could enable the embassy to grant his son an education visa, and his family a visiting visa.

He therefore approached some staff of his bank, First Bank Plc, Agege branch for assistance. He explained his predicament to a staff member, Olohunwa Bamidele Idowu on how he could build his account up so that the embassy could grant the visa application. He had heard of how those seeking visas to European and American countries build up their accounts in the bid to secure a visa.

Idowu after listening to him promise to help him look for someone who could assist him. The banker later informed him that he found someone that could be of assistance. All he needed to do is to ensure prompt issuance of cheques to cover whatever funds deposited into his account.

Unknown to him, his helper, Abdul Mumuni Bamidele is a fraudster on the wanted list of the Economic and Financial Crimes Commission (EFCC). Bamidele had defrauded one Prof Alaba Gbadamosi of the Department of Agriculture and Forestry, Adekunle Ajasin University, Akungba Akoko of N29 million. Prof Gbadamosi had petitioned EFCC of the fraud and officers of the anti graft agency had been on the trail of Bamidele without much success.

Their opportunity came when the agency began to trace his bank account. They found out that Bamidele’s account with First Bank Plc has been funding two particular accounts belonging to Demaf Media and Parents Joy School, two accounts that belonged to Ademola. EFCC blocked the two accounts and waited.

Ademola in his evidence before the court narrated his story: “I was the one who exposed the whole thing. I was sick,and was admitted into a private hospital at Oko- Oba, Agege, near my residence. I had a balance to pay for my admission but I had no cash with me, so I decided to go to the bank ATM to withdraw cash. I discovered that my bank account has been blocked. On enquiry, I was advised to go to the EFCC office. What came to my mind was perhaps a mistaken identity because I have no dealing or fraudulent activity on my account to warrant EFCC blocking my account;
The second day which was November 1,2018 was the beginning of my journey to detention. I went to the EFCC office in Ikoyi. I was referred to the Cyber crime team B office. Met one Mrs Omolola, who referred me to one Avander Bashir;

Avander asked me if I am the owner of Demaf Media and Parents Joy School. Both accounts domiciled at First Bank. I said yes. He further asked if I knew Abdul Mumuni Bamidele. I said no. He then showed me the transactions on my bank statement. I was detained in their facility at Okotie-Eboh street. I wrote a statement the following Monday. I called my lawyer who sent one of his juniors to witness the writing of the statement. The next day in November, I led them to First Bank, Agege where the second defendant was arrested”.

Bamidele was eventually arrested and the three were charged before Justice Mojisola Dada of the Special Offences Court, Ikeja on a 40 count charge of stealing and money laundering. Mumuni pleaded guilty and received his sentence immediately. He however in his statement exonerated Ademola. The second defendant also confirmed his role as the one who was the middleman between Bamidele and Ademola.

When the matter came up in court last, Justice Dada asked lawyers on both sides to submit their written addresses. She is expected to give her judgment on November 30, 2020.

That date will be the second year anniversary that Ademola began his journey into this inceration. A diabetic, he has become a shadow of himself with one of his eyes almost blinded. His businesses have collapsed and in the midst of all the problems, his mother, no longer able to cope seeing his son in prison in her old age, gave up the ghost.

Ademola will be wondering in his mind whether all these prices are worth his passion to give his son an opportunity to acquire education in a foreign land.

You should also READ  Applicability of arbitration and conciliation Act in the National Industrial Court
Tags: AbdulAdemolaAfolabiBamideleCanadianCourtIkejaJusticeManMojisola DadaMumuniNasiruOlohunwaVisa